MG Gloster vs Toyota Fortuner vs Ford Endeavour: Is MG’s Latest Full-size SUV A Match For Its Established Rivals?

All three SUVs are offered with diesel engines, four wheel drivetrains and automatic transmissions. How do they fare in performance and fuel efficiency? 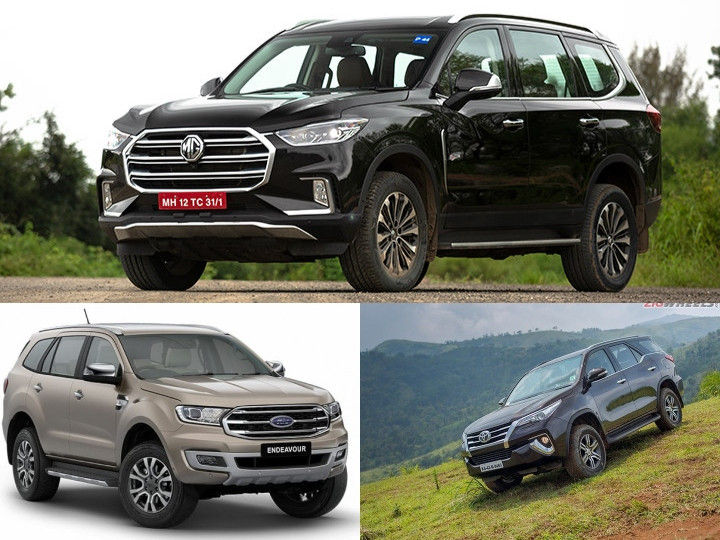 With its competitive pricing as well as a host of premium features MG’s latest flagship SUV, the Gloster, looks capable enough to put up a solid fight in the full-size SUV segment against its already established rivals. But under the hood, it has one of the smallest engine displacements in the segment alongside the Ford Endeavour. That said, MG’s 2.0-litre engine is a twin-turbo unit and is the most powerful motor in this test. In comparison, the Toyota Fortuner has the largest displacement engine in the form of a 2.8-litre diesel unit.

The three SUVs also come with 4x4 drivetrains and automatic transmissions. But does bigger really mean better? We put these SUVs to the test to find out the differences between their performance and fuel efficiency figures. Here’s what our VBox figures have to say about this:

The MG Gloster is the definition of big things in small packages, as it is the most powerful SUV of the three. It also features full-time 4WD compared to part-time 4WD in the Fortuner. That said, the Ford Endeavour also gets full-time 4WD and has a more sophisticated 10-speed automatic transmission. But do these differences make enough of an effect on the road?

When it comes to pure performance, the answer to the above question is a definite yes. The Gloster is nearly a second faster than the Fortuner in the 0-100kmph sprint, but is only 0.14 faster than the Endeavour.  Mash your foot down and the Endeavour is over half a second faster in our kickdown tests. The Gloster comes second, edging the Fortuner by 0.2 seconds.

Here’s where things get really interesting between the three SUVs. You’d say that the Gloster’s smaller engine translates to better fuel efficiency. And yes, it is more efficient in the city, but only by .09kmpl to the Fortuner. On the other hand, the 10-speed gearbox in the Endeavour helps in giving 0.14kmpl more than the Gloster. Basically, the Gloster’s additional power comes at the cost of fuel efficiency on the highway, with the Fortuner more efficient by 3.11kmpl, and the Endeavour more frugal by 1.01kmpl.

Overall, the MG Gloster is only slightly faster than the Ford Endeavour despite having more grunt under the hood. More importantly, the differences between all three SUVs aren’t major. The only real gripe is the fuel efficiency on the highway, where the Fortuner and Endeavour are the better picks for a long road trip.