MG Gloster: Here’s Your First Look At Its Interior

The MG Gloster’s interior looks similar to the Maxus D90 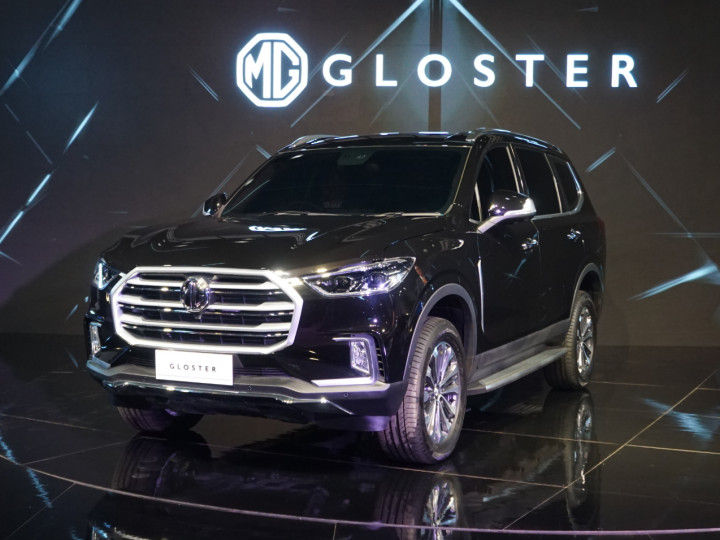 Morris Garages, popularly known as MG Motor, took the wraps off the Gloster full-size SUV at Auto Expo 2020. However, the carmaker had blacked out the windows of the SUV, making us wonder what its cabin could look like. Now, spy shots of the Gloster have surfaced online, revealing its interiors for the first time.

The interior of the MG Gloster looks similar to the Maxus D90, the SUV it’s based on. For starters, the Gloster comes with an all-black dashboard with silver inserts. From the spy shots, we could make out elements like a flat-bottomed three-spoke steering wheel. MG could also offer the Gloster with various seating layouts just like the Hector Plus.

Even though MG is yet to reveal the Gloster’s technical specifications, we expect it to borrow the Maxus D90’s engine options. Here’s a detailed spec table of the D90’s 2.0-litre petrol and diesel engines:

If equipped with the D90’s 2.0-litre diesel engine, the MG Gloster will become the most powerful and torquiest SUV in its class.

Even the petrol motor trumps the Toyota Fortuner’s 2.7-litre petrol engine (166PS/245Nm) in terms of output.

Expect the Gloster to hit showrooms by October 2020. We expect it to be priced from Rs 28 lakh onwards. This should enable it to compete against other full-size SUVs such as the Ford Endeavour, Toyota Fortuner and the Mahindra Alturas G4.