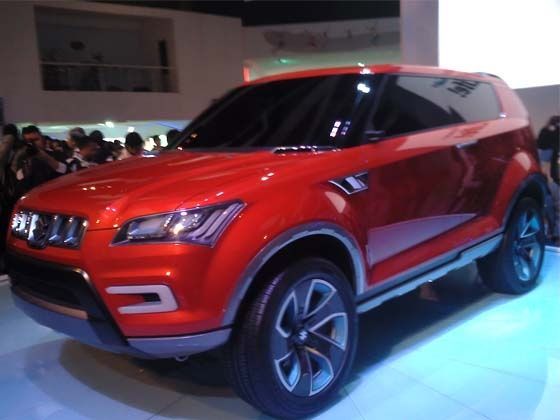 The Maruti Suzuki Concept XA Alpha was revealed at the 2011 Auto Expo in Delhi. The Alpha seems to be a decently capable on and off roader, built to absorb bad patches of road with ease. The muscular stance of the Alpha such as the beefy protruding wheel arches and the neatly chiseled bonnet lines are said to be derived from the Indian wrestling tradition, typically with big muscles, strong men and tricky body locking to win the battle of brawn.

The imposing five apex grill has a prominent 'S' logo on the centre, and the headlights stare as though a hungry hawk ready for action. The side profile of the Alpha looks sturdy right from the strong looking wheels and tires to the meaty lines on the doors.

Maruti Suzuki intends to make this on the same platform as the Gypsy, as a newer version with modern designs and features. The Gypsy has been a favorite for many Indians over the past two decades for hard core off road fun. Lets hope the Alpha does equally well on that front.