Will be the company’s first extended-range all-electric SUV 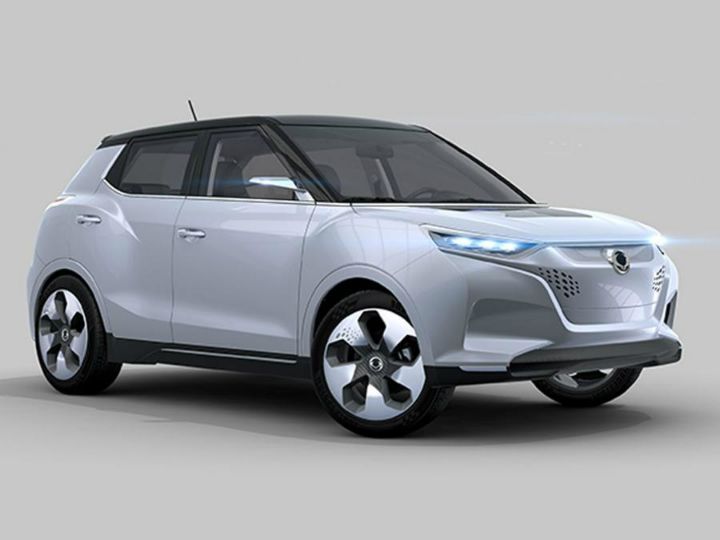 Mahindra is set to take a step forward in the Indian EV market by launching an all-new sub-compact electric SUV in 2020. The electric SUV will be based on the upcoming SUV codenamed the S201, which is based on the same platform as the Ssangyong Tivoli, and will be the carmaker’s first extended-range electric vehicle with a range of around 250km.

The electric SUV will be equipped with the 380V battery system which made its debut with the e2o Sport at the 2016 Auto Expo. The e2o Sport, which boasts of 108PS, has a total range of 200km. In a non-sporty SUV like the S201, however, the same battery should give it an extended range of around 250km.

While the S201 is expected to be a sub-4 metre SUV, the electric-powered S201 could be the same size as the Ssangyong Tivoli as the latter will also use Mahindra's electric drivetrain to power the Tivoli in various international markets. The electric SUV will be manufactured at Mahindra’s Chakan plant near Pune, which will soon start assembling the upcoming all-electric KUV100 as well. The all-electric KUV is expected to be launched next year.

Recently, the government allocated Rs 5,500 crore for the implementation of the second phase of its FAME (Faster Adoption and Manufacturing of Hybrid and Electric vehicles) program. Under the second phase, manufacturers will receive a subsidy for producing electric vehicles, which will help in checking pollution levels across major cities. Taking these subsidies into account, we expect the electric S201 to be priced around Rs 20 lakh.

Toyota, Tata, Maruti and Hyundai are also expected to launch their electric offerings by 2020. But, out of these, only the Hyundai Kona electric is expected to be an extended-range SUV. The Kona will be priced around Rs 25 lakh, giving the all-electric S201 a significant advantage. MG is also planning to bring an e-SUV into the country, but that will happen towards the end of 2020. Stay tuned for more updates.