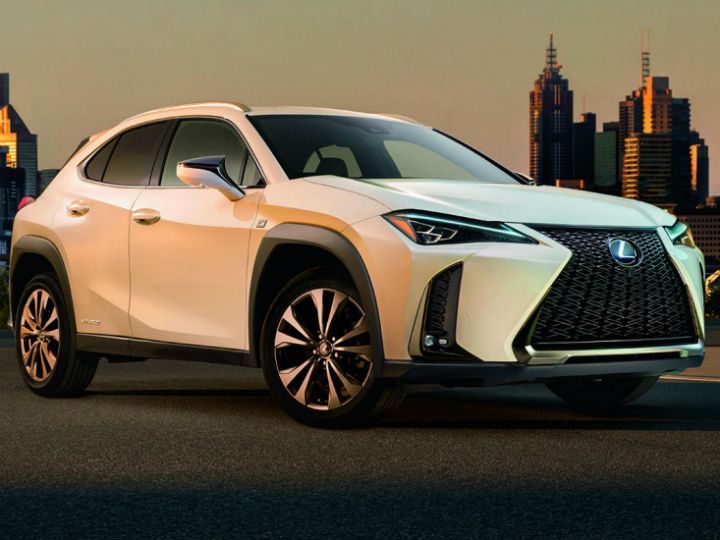 Yes, it may not be as bonkers as the concept UX we saw in Paris a couple of years ago, but the new UX, which is set to be Lexus’ smallest crossover/SUV offering, is still rather sharp. The crossover will be revealed in full at next week’s Geneva Motor Show and Lexus says it is based on a whole new platform that enables the it to be rigid and sport a lower centre of gravity than most crossovers in the market. Lexus has even promised that the UX will be as pointy and darty as a hatchback!

From the image of the front three quarter and the video that Lexus released a couple of days ago, it is evident that the UX sticks to the carmaker’s trademark design. It sports a spindle-shaped grille at the front with a sporty mesh pattern. The front fenders are what catches your eye first though. It’s edgy and protrudes quite a bit to the sides like the concept. The other design element shared with the concept are the LED tail lamps that span across the width of the crossover.

The video shows a short glimpse of what the interior looks. The cabin seems to be a lot more subtle than the outlandish one seen on the concept. The horizontally placed infotainment system and the instrument cluster looks like it has been inspired by the company’s flagship sedan, the LS.

Now, although Lexus says the platform is all-new, we have reasons to believe the crossover is based on the TNGA (Toyota New Global Architecture) platform since the UX is suppoesed to be Lexus’ equivalent of the Toyota C-HR SUV, which is also underpinned by the same platform.

And while the Japanese luxury carmaker has refrained from revealing the  UX’s powertrain, we expect it to be powered by the new 2.0-litre direct-injected petrol engine mated to the Toyota Hybrid System (THS II) that was revealed recently as it is developed specifically for TNGA-based models. While the combined power outputs will vary from model to model, the petrol engine is rated at 145PS at 6000rom and 180Nm at 4400rpm. Expect more details to be revealed at the upcoming 2018 Geneva Motor Show.

When launched, the Lexus UX will compete with the Mercedes-Benz GLA, Jaguar E-Pace, the Volvo XC40 and the BMW X1 and X2.