Yes, there is another small crossover in the world. Deal with it. On the bright side, it's easy on the eyes. 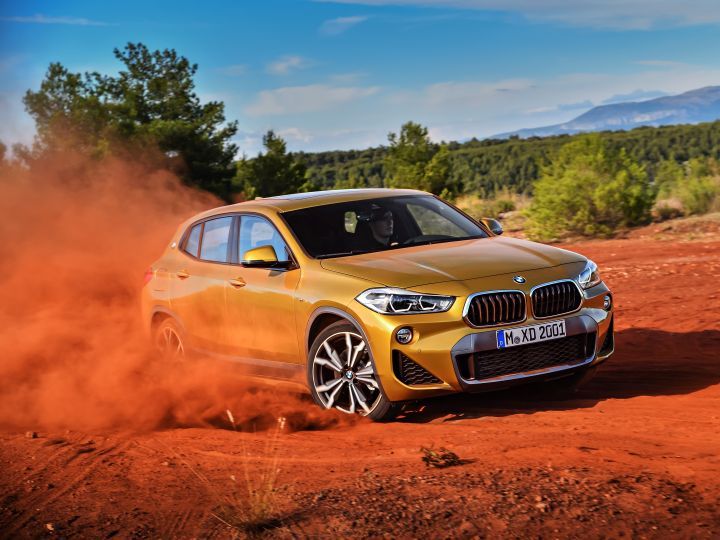 No, not another one! Well, we knew it was coming, but it’s getting harder to digest the number of these small crossovers coming out year after year. The latest one is called the X2, and like the other ‘X’ cars that get an even suffix, the X2 is a more stylish and less practical take on the X1. Unlike the odd-numbered ones which follow the design template of traditional SUVs, even-numbered cars like the X4 and the X6 are more stylish avatars of the X3 and the X6, respectively. When it comes to the X2, you have to hand it to the designers for creating a butch and handsome crossover. If you need a slightly more exciting design, you can even opt for the X2 with the M Sport or M Sport X kit as well. The X2 will be sandwiched between the X1 and the X3 and BMW says they will launch the crossover in March, 2018. However, they haven’t specified when it will come to India, we are expecting by late 2018 or early 2019.

Now, you may ask why we need a crossover between the X1 and the X3. Because they sell, plain and simple. Like those big hats that has become a trend now, anything striking becomes fashionable these days, no matter how stupid it is. Speaking of fashion, the X2 looks dramatic with lots of design elements borrowed from past and current BMWs. At the front, the X2 features muscular creases on bonnet, traditional BMW headlights and a large upturned kidney grille. The small circular fog lamps and the triangular air dams enhance the look further.

On the contrary, it looks pretty neat from the side. The rising shoulder line, sloping roofline and the squared-off wheel arches that hold 20-inch wheels come together to make the X2 look edgy and sporty. The rear gets big wraparound LED taillights and dual exhaust outlets that lend the crossover some muscle. The X2 is based on the UKL2 platform that also underpins the X1, the 2 Series Gran Tourer and loads on Minis. But place the X2 next to the X1, and it becomes apparent that the latest BMW is shorter and lower. This platform supports front-wheel drive and all-wheel drive configurations and can accommodate a hybrid powertrain as well.

The X2’s cabin is like any other BMW out there. The layout is clean and you get a nice and round steering wheel along with an 8-inch floating infotainment display which can run optional extras like the BMW ConnectedDrive app and preparation for Apple CarPlay. A coloured heads-up display is available as an option too. The seats are wrapped in perforated Dakota leather in Magma Red or the Micro Hexagon fabric with an anthracite/alcantara finish with M piping and yellow contrast stitching.

Coming to the heart of the matter - the engine. The BMW X2 will be available with three options - a 192PS, 2.0-litre, turbo petrol or a 2.0-litre, turbo diesel available in two states of tunes - 190PS/231PS. Both engines can be had with BMW's XDrive system. The petrol engine is mated to a 7-speed Steptronic dual clutch automatic transmission while the diesel powered X2s get an 8-speed Steptronic setup. More engine options are likely to follow, but BMW reckons they can fight the likes of the Mercedes-Benz GLA and the Audi Q2 with these three options.

When the X2 is launched, BMW will complete the entire X portfolio, from numbers 1 to 6. Meanwhile, the German carmaker is busy preparing the X7 to take on the likes of the Mercedes GLS and the upcoming Audi Q8. With so many options these days, our job is only going to get tougher.