Unlike the concept, the production model is more of a sports tourer than a track tamer 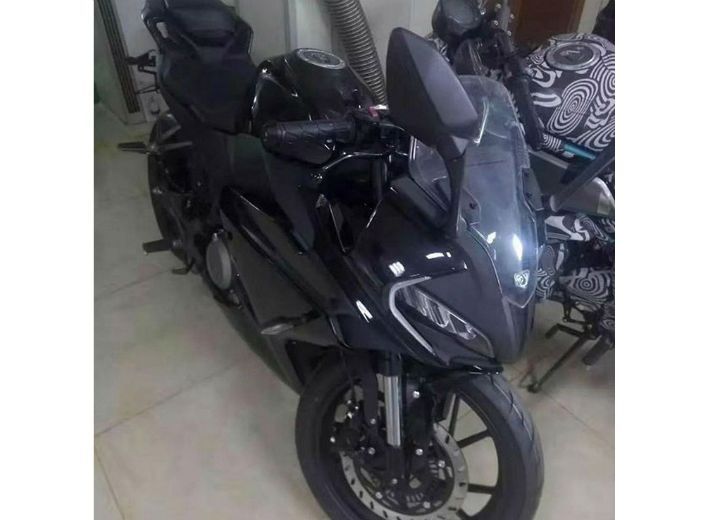 CFMoto had unveiled the 250SR concept in May this year, and now the production-spec version has been spotted. The motorcycle’s design language is similar to the concept with a number of cuts and slashes. The headlamp cowl design is reminiscent of the Honda CBR1000RR Fireblade and comes with neatly designed LED DRLs and headlights. CFMoto has used LED for the turn indicators and tail lamp as well. Overall, the design looks very modern thanks to Kiska, the same design firm that’s responsible for KTM’s radical-looking motorcycles.

Unlike the concept motorcycle, the production model gets raised clip-ons hinting at the fact that the bike is going to be more of a sports tourer than an out-and-out track tamer. The motorcycle is most likely to use the same engine as the 250NK. In the naked, the 249.2cc single-cylinder liquid-cooled engine makes 26.5PS and 22Nm. The engine is mated with a 6-speed transmission. Interestingly, the Honda CBR250R as well as the Suzuki Gixxer SF 250 make about the same amount of power and torque!

While the 250NK and 250SR concept get a tubular swingarm, the production-spec version of the faired bike comes with a traditional box-section unit. The frame also appears to have been tweaked to accommodate the new swingarm, while the subframe might be a new unit as well.

To save costs, the bike gets tubular pillion footpeg mounts as opposed to cast aluminium ones in the 250NK. The motorcycle sports split seats with a high-set pillion unit. Instead of the Akrapovic exhaust seen on the concept, the test mule had a conventional underbelly unit. The 250SR also gets disc brakes on both ends with dual-channel ABS. The motorcycle uses an inverted fork and the monoshock appears to be a linked unit.

CFMoto has confirmed that the 250SR will not be launched in India. Instead, the brand will bring the 300SR at the 2020 Auto Expo early next year. Design-wise, this motorcycle is expected to be similar to the 250SR. Mechanically though, it will be based on the recently-launched 300NK. Apart from the 300SR, the brand will also unveil the 400GT and the 400NK at the expo. You can read all the details here.