The latest test mule was seen with more revisions, hinting at a step closer to production 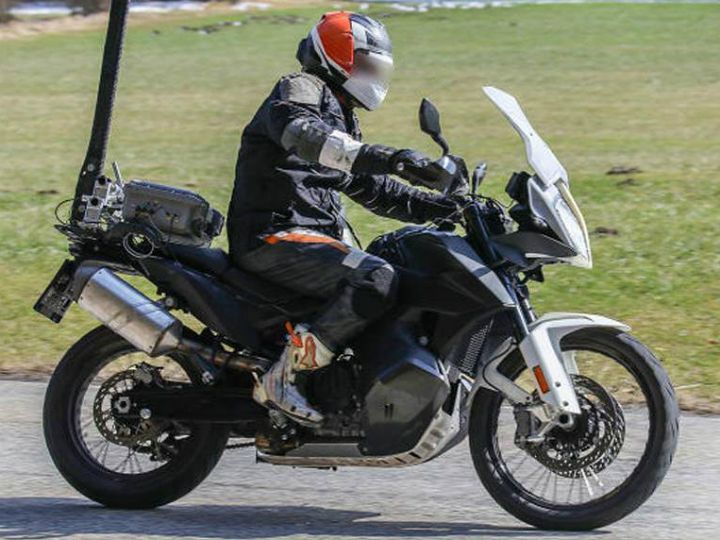 After unveiling the prototype at the EICMA 2017, the KTM 790 Adventure in inching closer towards its launch. A test mule of the mid-sized adventure-sports was spotted doing the rounds again. And this model seems to feature some pretty extensive revisions over the test mule that was spotted back in February. We already knew the the production-spec model was going to feature lot of changes as compared to the concept, and this is evident now.

The most prominent of these is the redesigned front fairing with a larger windscreen. Gone is the floating front mudguard, replaced by a more traditional one which now sits closer to the tyre. Then there’s the split seat option for the standard single saddle and the traditional bulky Euro 4-compliant exhaust instead of an Akrapovic unit.

Powering the 790 Adventure will be the same engine that is seen on the KTM 790 Duke, with a slight change in power and torque delivery for better low-end performance. This 799cc, liquid-cooled, parallel twin motor makes 105PS of power at 9500rpm and 86Nm of torque at 8000rpm.

The prototype was seen sporting the same 21-inch front and 18-inch rear spoke wheels as the original concept. Suspension is handled by USD forks at the front and a monoshock unit at the rear. Braking is taken care of by dual discs with J. Juan callipers at the front and a single disc at the back.

With the 790 Adventure moving closer to production, we can expect to see its official launch at the 2018 EICMA show. We also expect and hope see the KTM 390 Adventure concept breaking cover here. Once launched, the KTM 790 Adventure will compete against the BMW F 850 GS, Triumph Tiger 800 XC and the Honda Africa Twin.