The 490 Adventure could change the ball game in the budget-friendly mid-displacement segment. Here’s what you could expect from KTM’s upcoming kitty 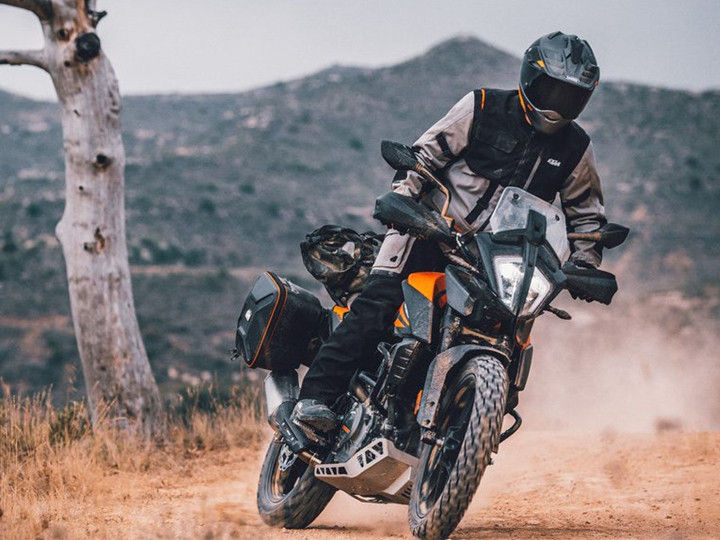 In a recent interview with French magazine Le Repaire, Stefan Pierer, the CEO of KTM AG, revealed KTM’s intentions of launching a new lineup of 500cc motorcycles by 2022. The platform will spawn bikes like the Duke, Adventure, and perhaps an RC too. Of the bunch, we’re most excited about the 490 Adventure, and here’s what we believe KTM could offer with the upcoming model.

Expect KTM to carry over the same design language as 390 Adventure, albeit with some additions from the 790. For instance, the 490 could come with a taller windscreen that offers more adjustability, a well-sculpted fuel tank for better grip and the ability to store more fuel. It could also have its own range of Powerparts from panniers to protection and off-road centric accessories.

KTMs are known to be notoriously powerful, and the same can be expected from the 490 series. Expect Honda CB500X levels of power coupled with KTM’s ‘Ready To Race’ DNA. The parallel-twin configuration could make the motor less prone to vibrations, thereby improving the riding experience. We believe KTM could bring its learnings from the 390 Adventure and incorporate it into the 490. Simply put, the folks from KTM could tinker with the gearing of the bike in order to achieve better low-end torque without really losing out on top-end performance. A 270-degree crack (like the one on the 790) could be the weapon of choice for the Austrian brand.

We could also expect a reworked version of the 390 Adventure’s mechanical quick-shifter on the 490.

All the bells and whistles:

The KTM 390 Adventure already packs a number of electronic rider aids like ride-by-wire, off-road and cornering ABS, and traction control. The 490 could raise the stakes with different ride modes and a lean-sensitive traction control system.

The chassis, of course, could feature some revisions to accommodate the larger 490cc engine. But we think KTM could take the extra mile and offer two variants -- one with a standard suspension setup and the other with adjustable units, just like the international-spec 390 Adventure. The brakes may be upgraded too! Perhaps a twin-disc setup at the front?

Take the load off:

Granted, a tall 855mm seat height on the 390 is a bit intimidating for shorter riders. However, the narrow seat profile allows you to reach for the ground with your feet quite easily. Expect KTM to either improve on this or offer a lower seat height specifically for the Indian market.

KTM will manufacturer its new 490 range in India, which means we could expect a competitive price tag. A price of around Rs 4 lakh for the 490 Adventure would put it up squarely against the Honda CB500X, Benelli TRK 502, and the CFMoto 650MT.

*Images used are for illustration purpose only