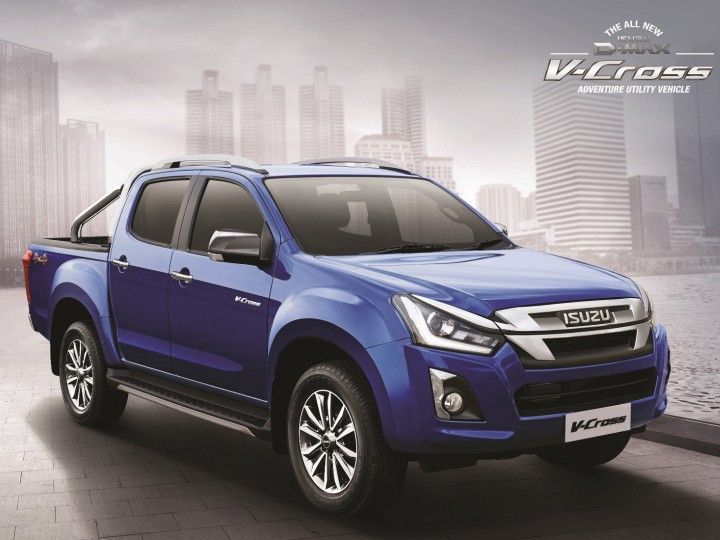 The Isuzu D-MAX V-Cross facelift gets a more aggressive face than before. A brand new chrome grille dominates the front which is flanked by sleeker headlamps that now house a funky looking ‘L’ shaped DRL. Lower down, there are new fog lamp housings which has grown in size and have a chrome finish. At the side, there are new 12-spoke alloy wheels that have now grown up in size to give it a more macho look and if you look close, there is a newly designed side step as well. Changes at the rear include a new set of LED taillamps and a new chrome bumper.

On the inside, the dashboard, door pads and seats are now finished in black compared to the previous black-beige combo. There is a new instrument cluster with a gear-shift indicator and on closer inspection, the silver inserts on the dashboard and door pads have been replaced by piano-black inserts. Apart from that, the layout of the dash remains identical to the pre facelift truck.

Powering the facelifted D-MAX V-Cross is the 2.5-litre BSIV-compliant diesel engine that’s found in the pre-facelift model. t produces 134PS of power and 320Nm of peak torque. Mated to a 5-speed manual transmission, the DMAX V-Cross comes with a shift on the fly four-wheel drive system. We had expected Isuzu to bring in the BS6 ready 1.9-litre diesel engine with the automatic transmission as it has been spied on test previously.

The pre facelift Isuzu D-MAX V-Cross always scored high on desirability thanks to its butch looks, practicalilty and go-anywhere capability. And with the facelifted model, Isuzu wants to take it a step further. With competitive pricing and no direct rivals, it is the sole choice for enthusiasts looking for a feature-loaded pick-up truck in India.