The carmaker reports that it has received over 1.5 lakh enquiries for its latest sedan and delivered 4,701 units of the Verna in October

Hyundai's latest car, the Verna, is witnessing healthy demand. The new car shows remarkable improvement over the outgoing model, and buyers seem to be rewarding the hard work gone into making the car. 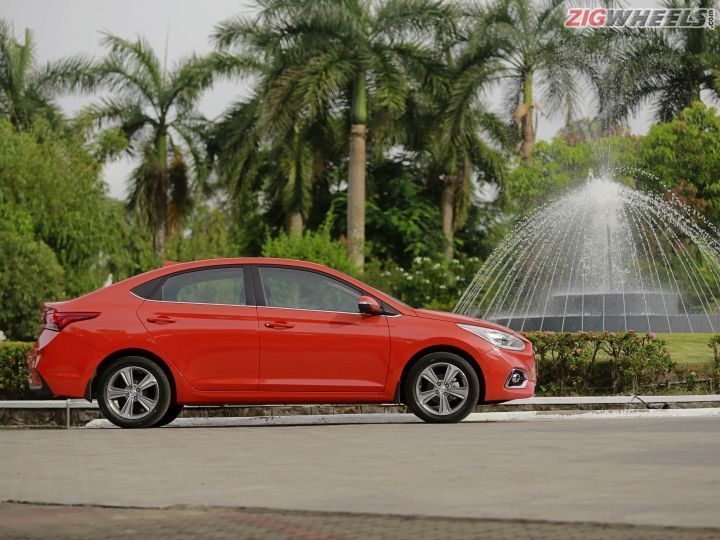 The car went on sale in August, and after a long time, earned its crown in September, if only by a small margin. Hyundai shipped 6,054 units of the sedan in September while Honda and Maruti Suzuki moved 6,010 and 5,603 pieces of City and Ciaz, respectively. In the festive month, though, the top spot rightfully goes to the car offering the widest range of engine and transmission combos. The carmaker dispatched 4,701 units of the Verna in October. Its prime rivals also faced a drop in demand as Honda and Maruti Suzuki moved 4,366 units of City and 4,107 units of Ciaz, respectively.

Hyundai has received over 20,000 bookings and more than 1.5 lakh enquiries for the car. Further, the carmaker has received an initial order of about 10,500 units from the Middle Eastern market.

Despite a steady shift towards SUVs and crossovers in the recent years, the Verna has managed to not only cement its position among its peers but also regain the top spot. How well it'll be able to maintain this lead remains to be seen as the car is also riding high on the new-car buzz. Meanwhile, the City and the Ciaz are barely showing signs of a slowdown, and despite their age, the two cars are able to maintain an arm's length from the new comer. The current generation Honda City was launched in 2013 and received a facelift early this year. The Ciaz went on sale in 2014 and is awaiting its turn for a cosmetic update.

The Verna offers some high-end features like cruise control, sunroof, hands-free boot release, ventilated front seats, sliding front armrest and six airbags, along with most of what the competition has to offer. Both the powertrains are punchy, and the new Verna provides a much better balance between a comfortable ride and sporty handling.