Here Is Another Spy Shot Of The 7-Seater Hyundai Creta

If launched, it will rival the Tata Gravitas and the upcoming MG Hector Plus 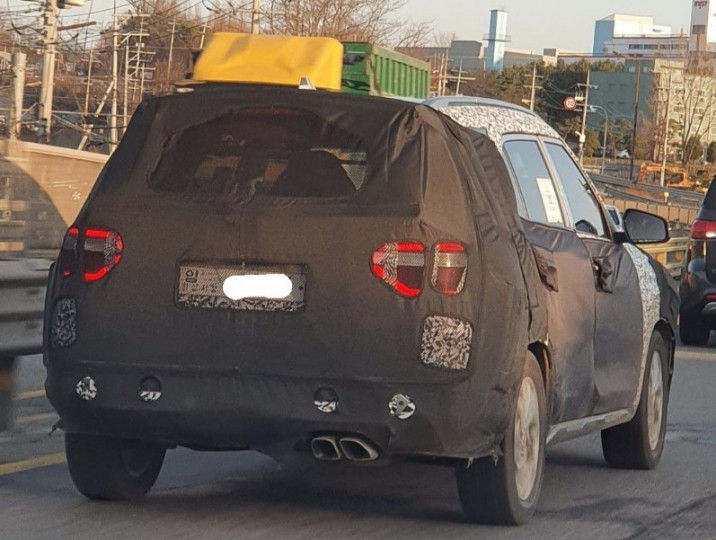 A couple of days ago we found out that Hyundai is working on a 7-seater version of the recently launched Creta. Yes, no one saw that coming. Apparently a test mule was spotted testing abroad with heavy camouflage, but one could make out the obvious difference. Now, we have got our hands on yet another spy shot which reveals the rear of the SUV.

From what we can see, the 7-seater version of the Creta will most likely feature a different rear end design, something along the lines of Harrier and Gravitas. What makes us say this are tail lamps which look different from the ones on the 5-seater version. The other spy image we have also revealed that the front-end design will more or less remain the same. There were also some common bits like the alloy wheels and head lamp design.

But the grille inserts are different, and the fog lamps are repositioned. The 7-seater Creta is expected to gain 30mm in length in comparison to the standard version, which measures 4300mm. The 7-seater version is expected to soldier on with the existing set of powertrains. These include a 1.4-litre turbo petrol, and 1.5-litre diesel and petrol engines. The former develops 140PS and 242Nm of twist while both the 1.5-litre diesel and petrol put out 115PS in the 5-seater version. Gearbox options are a CVT, 6-speed MT/AT and a 7-speed DCT.

It is available in five variants and is priced from Rs 9.99 lakh to Rs 17.20 lakh (ex-showroom). We are yet to hear a word from Hyundai India about its plans for the 7-seater Creta. But with new players like the MG Hector Plus and Tata Gravitas entering the picture, Hyundai might just bring it to India. Fingers crossed as of now.