Hero aims to launch both, the adventure focused and the road biased tourer by early next year 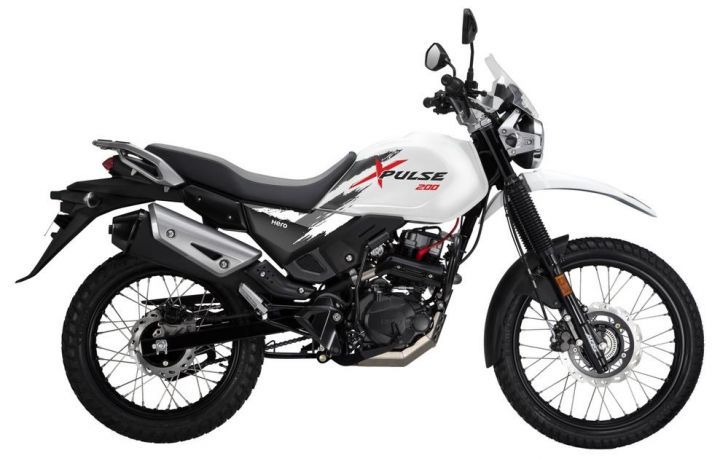 Hero MotoCorp unveiled what we thought to be five concepts at EICMA 2018. While, their design left us pondering over which was the prettiest and if Hero should actually turn these concepts into production models. Hero surprised us by announcing that the XPulse 200T, a touring-friendly version of the XPulse 200 adventure-ready model, will indeed make it to production. It even added that the XPulse 200T will be launched alongside the standard XPulse 200 in India by early next year.

The XPulse 200T, being the touring-friendly variant, misses out on the high-set front mudguard as well as the knobby tyres. Instead, you get a conventional mudguard and road-biased tyres. It also sports a conventional exhaust end can as it doesn’t have to deal with unpaved roads. Apart from this, the overall design remains unchanged. Even the safety and convenience features such as single-channel ABS, LED headlamp/tail lamps remains unchanged. What’s new though, is the new digital console with Bluetooth connectivity and turn-by-turn navigation. And Hero says this will be offered as standard on both bikes. Yipee!

Both motorcycles will be powered by a 200cc, single-cylinder, air-cooled, fuel-injected motor that produces 18.7PS of power and 17.1 Nm of peak torque. The engine will be paired with a 5-speed gearbox.

As far as other components go, the 200T gets the same long travel suspension at the front and a monoshock at the rear as the regular bike. However, the suspension is expected to be tuned differenty for its intended purpose. It gets disc brakes on either ends, with a single-channel ABS for the disc at the front.