The LiveWire is loaded to the brim with technology that you’ve never seen in any other Harley! Here’s all you need to know about this electric motorcycle 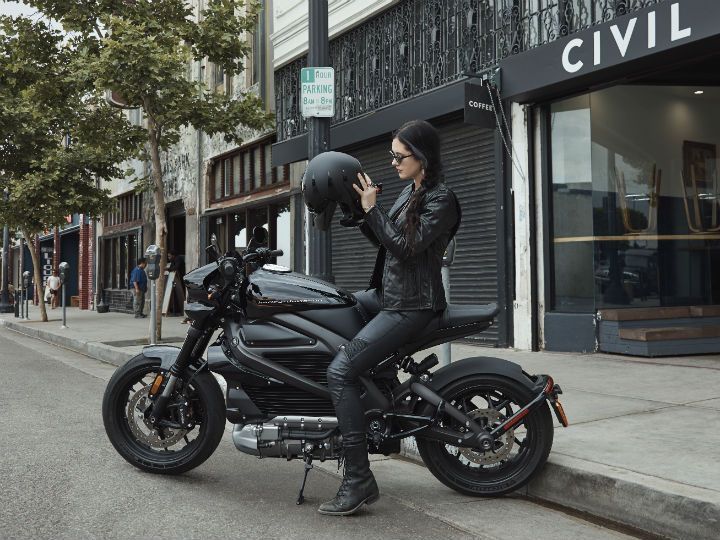 Harley-Davidson first unveiled the LiveWire Concept back in 2014. Four years later, the American bikemaker announced that the LiveWire would enter production by 2019. And now, Harley has finally revealed detailed specifications of the motorcycle, and here’s everything you need to know about the American brand’s first electric bike:

With a starting price of a $29,799 (around Rs 20.51 lakh), the LiveWire is more expensive than most Harley motorcycles. Even in the electric vehicle segment, popular high-performance electric motorcycles like the Zero SR/F and the Lightning Strike start from only $18,995 (about Rs 13.07 lakh) and $12,998 (around Rs 8.94 lakh), respectively. However, Harley does have a few tricks up its sleeve which justify the price tag to a certain extent. More on that later.

Will it be available in India?

This is the first question that pops up in us desi enthusiasts’ minds. While Harley hasn’t officially revealed plans for its India launch, we believe the American bikemaker will eventually bring the motorcycle into the country via the CBU route next year. That said, it will be a niche offering just like the Harley-Davidson CVO Limited. So, expect a really premium price tag if and when it reaches our shores.

To give you a rough estimate, the closest product available in the LiveWire’s price ballpark in the US as well as Indian market is the Road Glide Special. In the US, it costs $27,489 whereas in India the bike is priced at Rs 33.53 lakh. So going by this difference, expect the LiveWire to cost upwards of Rs 30 lakh. However, with the Indian government actively taking steps to reduce the cost of EVs, we might get the bike at a slightly reduced cost. The motorcycle will be available in September this year in markets like the US, Canada and western Europe.

Harley-Davidson claims that the LiveWire’s standard DC fast charging technology offers a charging time of just 40 minutes to reach 80 per cent battery level. A 100 per cent charge is achieved in just an hour! What’s more, Harley has also announced that all dealers selling the LiveWire will be equipped with DC fast charging station. So while you browse Harley’s gear (or other motorcycles for that matter) at a dealership, you can conveniently juice-up your motorcycle too! The bike also comes with a more basic Level 1 charger which can be plugged into a household 120V or 240V socket. However, it takes an entire night to charge up the battery fully and an hour of charging will only give you a range of about 20km.

The Harley-Davidson LiveWire is powered by a 15.5kWh lithium-ion battery. The brand claims the motorcycle can cover up to 235km in the city. Under a combination of stop-and-go traffic and highway mile-munching, the range drops to 152km. Riding solely on the highway at a sustained speed of around 112kmph yields a range of 113km. As per WMTC test cycle, it is capable of covering 158km. In essence, it makes sense to use the motorcycle mostly within city limits.

Another factor which adds to its usability factor is its performance - 0-96.5kmph in 3 seconds, and 96.5kmph to 128.7kmph in just 1.9 seconds! Plus, there’s no business of clunky gear shifts, so it offers the simple and pure joy of twist-and-go action with 116Nm of torque right from the word go. When it comes to the peak power output, the water-cooled permanent magnet motor produces 106PS.

Gets lots of rider aids and other geeky electronics:

The LiveWire comes with a host of electronics bundled under what Harley calls as “Reflex Defensive Rider Systems (RDRS)”. It consists of cornering ABS, cornering enhanced traction control system with wheelie control, and Drag-Torque Slip Control System (DSCS). DSCS prevents the rear wheel from locking up during regenerative braking, and it works in conjunction with the ABS.

The LiveWire also gets multiple rider modes, including Sport, Road, Range, Rain and three additional custom modes (Custom A, B and C). Harley has equipped the motorcycle with a standard 4.3-inch colour TFT touch screen with Bluetooth connectivity offering navigation, communication and music control, among others. The menu can be navigated using switchgear-mounted joysticks. Harley also offers the H-D Connect service which uses the bike’s telematics control unit to connect the bike to the cloud. It shows information related to the bike’s status, tamper alerts, vehicle tracking, service reminders and more. The service will be offered for free for the first year. It is then chargeable after the trial period.