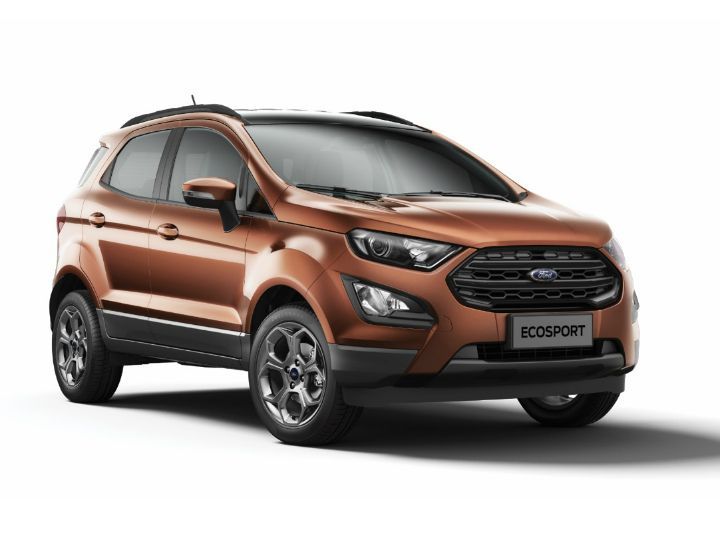 Ford has added two new variants to the EcoSport lineup. The EcoSport S marks the return of the company’s hyped EcoBoost engine along with some other fun features, while the Signature edition becomes the flagship variant with additional equipment, including a sure-draw sunroof.

Prices of the new EcoSport variants, ex-showroom India, are as follows:

The Ford EcoSport S will be the sportiest variant of the compact SUV, and re-introduce the EcoBoost engine to the lineup. The 1.0-litre, 3-cylinder, turbocharged EcoBoost petrol engine was removed from the lineup when the new EcoSport was launched in November 2017. In the EcoSport S, the EcoBoost engine develops the same power and torque figures as before: 125PS @ 6000rpm and 170Nm @ 1400-4500rpm. It is paired to a new 6-speed manual transmission, unlike the 5-speed unit before, which should make its limited range of power and torque more accessible.

Ford has been not been able to improve the claimed efficiency of the petrol motor, which has gone down from 18.88kmpl to 18.1kmpl.  But if you want the best of both performance and efficiency, Ford is also offering the EcoSport S with the 1.5-litre, 4-cylinder turbocharged TDCi diesel motor. It is down on power, with only 100PS of maximum power developed at 3750rpm, but it does develop more torque of 205Nm over a larger rev band of 1750-3250rpm. Paired with a 5-speed manual transmission, the EcoSport S diesel has a claimed mileage of 23kmpl.

It should have followed the same philosophy as the Figo S and the Aspire S - featuring a stiffer suspension setup and a quicker steering - but instead gets a more powerful engine, a good gearbox and lower profile 205/50 R17 tyres. However, the EcoSport S will not lose out on features like the Figo S and Aspire S as it is based on the top-of-the-line Titanium+ variant. Headlining features on the EcoSport S include a sunroof (or ‘funroof’, as Ford calls it) and a new 4.2-inch MID on the instrument cluster. Features like the SYNC 3 infotainment system based around a new 8-inch touchscreen, 6 airbags have been carried over to the S.

The Ford EcoSport Signature Edition, on the other hand, is all about high-end features and cosmetic updates. Based on the Titanium+ variant, the Signature Edition gets black garnishes on the grille, headlamps and fog lamps, larger 17-inch alloy wheels and blacked-out roof rails. Inside, the Signature Edition is fitted with a new instrument cluster with a 4.2-inch MID with more fancy displays, body-coloured inserts on the dashboard, centre console and doors and blue piping/stitching on the seats. The Signature Edition also gets the sunroof.

Engine options include the 1.5-litre, 3-cylinder ‘Dragon’ petrol engine developing 123PS/150Nm and the 1.5-litre, 4-cylinder turbocharged diesel engine developing 100PS/205Nm, both paired to 5-speed manual transmissions. The Ford EcoSport is only the second SUV/crossover in the segment to offer a factory-fitted sunroof in the segment after the Honda WR-V.