The upcoming model is likely to feature a floating 10.25-inch touchscreen infotainment system with FCA’s UConnect 5 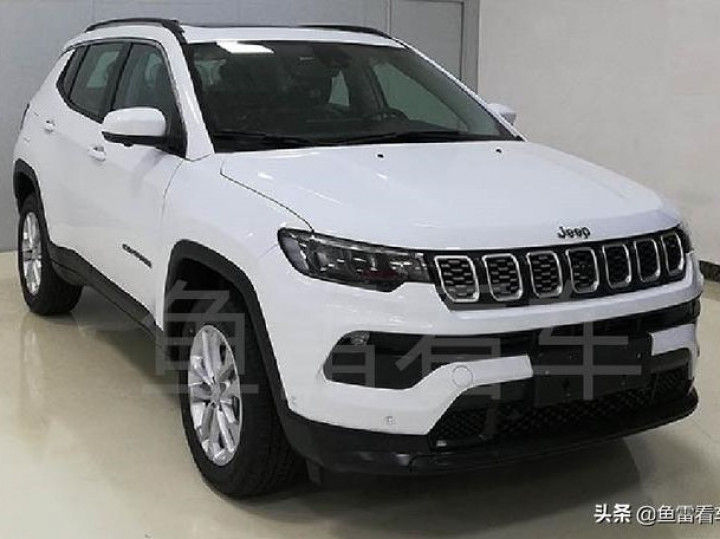 Jeep is set to update the Compass early next year. A mid-life update is imminent, considering the number of times the facelifted Compass has been spied testing both in India and abroad. A bunch of leaked images from China reveal changes in the SUV which we had already anticipated.

One of the most prominent changes to the otherwise subtle exterior cosmetic update is the revised front fascia. The grille gets a slight upgrade in the form of a more prominent honeycomb structure. A significantly revised front bumper now comes with a contrast insert which connects the fog lamps. Sleeker LED headlamps now come with DRLs incorporated in them. The rear remains largely unchanged save for updated tail lights.

While most of the leaked images are of the exterior, one image of the interior confirms the presence of a larger floating 10.25-inch touchscreen infotainment system which will be offered with FCA’s latest UConnect 5. Other features expected to be available with the new Compass include ventilated seats, a change in layout for climate control knobs, and a digital instrument cluster. While there is a possibility the 2021 Compass will be offered with level 2 autonomous tech, there is still no news on whether it will be offered in the India-spec model.

Under the hood, the facelifted SUV is expected to feature FCA’s new 1.3-litre turbo-petrol engine which is offered in two states of tune: 150PS and 180PS. The 2.0-litre Multijet diesel engine is also expected to continue to feature in the Compass’ powertrain options in its unchanged 170PS state of tune. Expected transmission options include a 6-speed manual transmission and 6-speed DCT for the turbo-petrol engine and the unchanged choice of 6-speed manual and 9-speed automatic gearboxes for the diesel motor.

The leaked images from China arrive a month before its reveal in that country, but India will see the updated Compass by 2021. The changes are expected to carry a premium over the current model’s price which ranges from Rs 16.49 lakh to Rs 24.99 lakh (ex-showroom). It will face the Skoda Karoq, Hyundai Tucson, and see competition from upcoming models like the Citroen C5 Aircross and next-gen Mahindra XUV500.