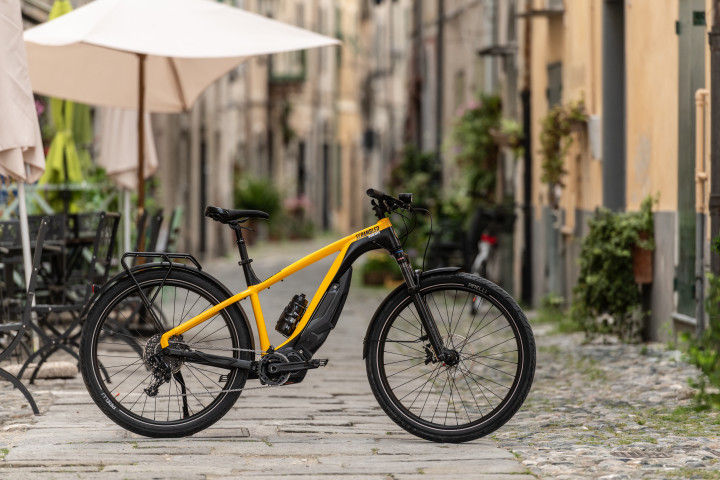 Ducatis are known as the Ferraris of the motorcycle world -- an exquisite piece of machinery to say the least. But you also need to pay through your nose to get one, which isn’t feasible for everyone. Luckily, there’s an affordable option now. Ducati has launched an e-Scrambler in collaboration with Thok Ebikes. This hybrid Italian electric bicycle is designed to take on the urban jungle and will set you back by “just” € 3,699, approximately Rs 3.22 lakh. That kind of money could fetch you a KTM 390 Duke.

Nevertheless, it’ll still give you the satisfaction of owning a Ducati. In terms of specs, the e-Scrambler is powered by a 250W Shimano Steps E7000 mid-drive motor dishing out 60Nm of torque paired with a Sram NX 11 (11-42) speed transmission. The motor draws power from a 504Wh Shimano battery pack. Unfortunately, Ducati hasn’t revealed the range of the bike.

The package is held together by an alloy frame that comprises hydroformed tubes and offers a low centre of gravity. The hardtail e-bike gets a pair of Suntour XCR34 forks to soak up bumps and SRAM four-piston disc brakes with 203mm rotors at both ends which act as anchors.

Now, you’d expect Ducati to charge you a bomb for extras like fenders, luggage rack, kickstand, front/rear lights, its own ergonomic grips and saddle -- but they all come as part of the standard equipment. Its spoked wheels come wrapped with Pirelli Cycl-e GT tyres.

You can choose between four frame sizes but just one colour option to go along with them all: yellow/black. The Ducati e-Scrambler weighs in at 22.5kg, which is on the heavier side compared to other e-bikes that are currently available in the market.