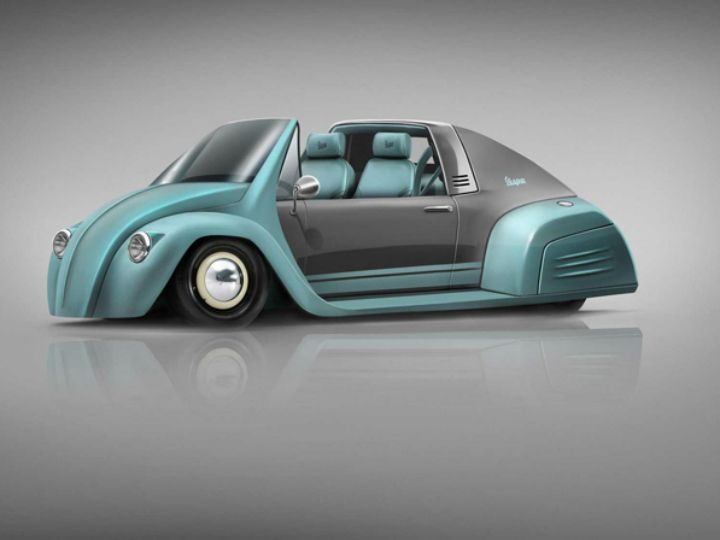 The idea of a famous bikemaker building a car seems fascinating and certainly is a part of many conversations. But can it materialise? Well, scratch your head no further as the folks at Jennings have created six renders that best describe what the fruition may look like.

The Ducati car render looks like a mish-mash of the parent company’s Audi cars and the Diavel, with its exposed frame in red and the exhaust pipes flowing towards the rear from the driver’s side. It also sports Ducati’s traditional swoopy nose on the front. Adding to the aggressive design, the suspension is left exposed, and so are the seats for a more immersive driving experience.

Of course, a Harley car will come with an exposed engine with a V configuration. The American hot rod doesn’t fray away from our expectations and looks exactly as we would imagine it to be. Its straight pipes and wide whitewall tyres blend perfectly with the Milwaukee company’s classic styling. The added chrome bits and the leather trunk in place of the saddlebags, complete its overall look.

Triumph already has a history of building cars in the past. So it wasn’t very surprising that the render shares a resemblance with the company’s restomod TR7 car. But why the American muscle car influenced design? Because, one of Triumph's most legendary bike, the Bonneville was named after the Bonneville Salt Flats in Utah, which is renowned for many motorcycling speed records. So it was only fitting that the Triumph car should derive inspiration from America, hence a muscle car look. All being said, we are certainly not complaining about this Camaro-esque two-seater.

The Aprilia car looks more like a sporty little rally fighter rather than an outright sports car, which is strange considering the company’s motorcycles are known for their explosive track performance. That said, its Dorsoduro 900 supermoto design inspirations can be seen everywhere; be it the exposed frame, rally lights or the higher ground clearance to combat rough terrain.

The Kawasaki car looks largely inspired from Lamborghinis, with its smooth flowing front end. But why the sporty design? Kawasaki's bikes have always competed in motorcycle racing events like MotoGP, Superbike World Championship and the Isle Of Man TT. It only seems fitting that Kawasaki would continue this tradition on four wheels as well. And the green accents all over the bodywork certainly remind us of the Kawasaki Ninja H2. It might not be a looker, but a combination of a Lamborghini and the H2? Sign me up!

Coming to the last entry on the list, there’s an important question that needs to be asked. What do you expect out of a Vespa car? Cute and distinctive looks, just like the scooters, right? Well, if that’s a yes, then the render checks all the right boxes. Adding further uniqueness to this cute little two-seater is the VW Beetle inspired front end.