The latest prancing horse is 90kg lighter and does 0-100kmph in just 2.85 seconds! We want one 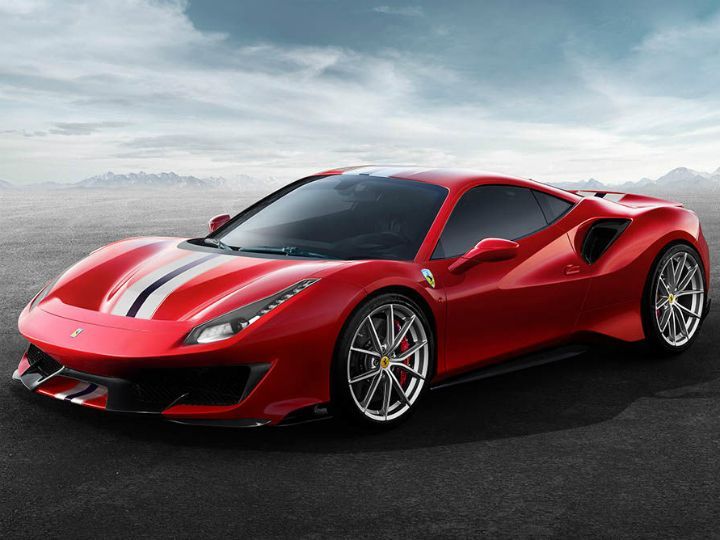 The hardcore version of the Ferrari 488 is finally here! The new 488 Pista (Italian for ‘track’) features some juicy numbers, provided the boxes for all the optional lightweight goodies have been ticked. The new supercar weighs 90kg less and has a dry weight of just 1280kg and goes up against other lightweight track monsters such as the Lamborghini Huracan Perfomante and the Porsche 911 GT2 RS. While some of the details were leaked online yesterday, Ferrari has gone ahead an revealed the all important power and torque figures today.

A new diet and fitness regime has resulted in the 488 Pista adding 50PS for a grand total of 721PS. Ferrari says this is the largest ever increase in engine power for a special series car. Even the design is quite aggressive when compared to the bone stock supercar it is based on. The F1-inspired S-Duct and the front diffuser have been designed for increased downforce at the front. The blown spoiler at the rear looks quite neat too. And like the 458 Speciale before it, this one features go-faster white and blue stripes too.

Ferrari has claimed that the Pista is faster than its last hypercar, the La Ferrari, around the Fiorano test track. For reference, the La Ferrari covered the almost 3km-long test track in 1.19.70.

Ferrari’s vast knowledge in the FIA World Endurance Championship with the 488 GTE and 488 Challenge cars have been put to good use in the Pista. The latest road-going supercar, Ferrari claims, produces 20 per cent more downforce than the GTB version. The Pista is expected to sound a lot more louder and scare the living daylights out of someone who happens to pass by the car at full chat. The Ferrari 488 Pista will be unveiled in the flesh on March 6 at the 88th Geneva Motor Show.