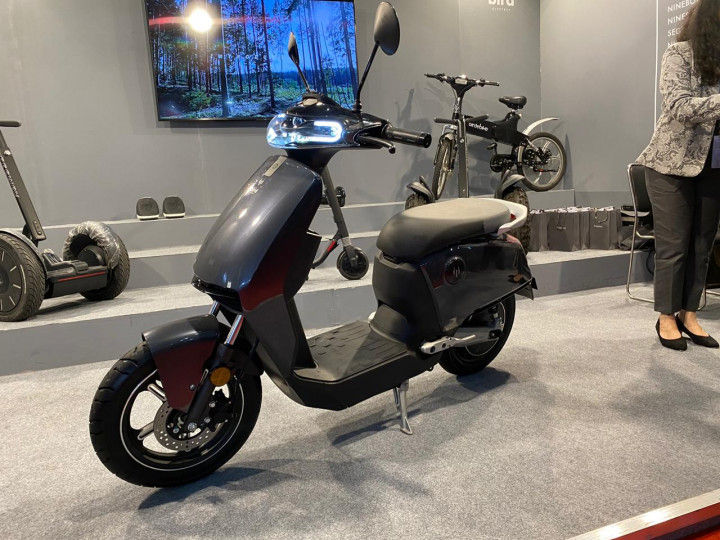 Bird Electric has unveiled a new electric scooter called the ES1+ at the Auto Expo 2020. And just like other EVs that were unveiled at the event, even this one isn't heading to production anytime soon. The company says that the ES1+ will hit showrooms by mid-2021. At the rate at which the e-scooters are being unveiled in India, we think there will be a gazillion electric scooters by then.

Also read: Here’s YET ANOTHER Electric Motorcycle! With A Claimed Range Of 200km, No Less

Is Bird claiming some insane numbers just like every else? Well, no. The EV brand claims the scooter has a range of around 50-55km, which we don’t think is enough as even the Gemopai Astrid Lite offers a range of 80km. No, it’s not a claimed figure. We have actually tested the scooter. The ES1+ is equipped with a 3Ah battery that takes around 7-8 hours to fully juice up. We still haven’t heard from the company whether it comes with a fast charger or not.

In terms of features, there’s nothing new. It comes with the same set of features as every other electric two-wheeler in India. For example, the ES1+ comes equipped with a digital instrument cluster and LED headlights. However, the prototype that was at Bird’s stall had a button with a camera logo and we have no idea what it does. Click a picture? Record a video? Well, we are just as clueless as you are.

The manufacturer has not shared any details about the motor yet, but it claims that the ES1+ has a top speed of 35kmph. It gets a telescopic fork at the front and shock absorbers at the rear. Braking hardware consists of disc brakes at both ends with CBS offered as standard.

Expected the Bird Electric ES1+ to be priced between Rs 70,000 and Rs 80,000. Bird Electric will launch the scooter in Tier-I cities first followed by Tier-II cities.