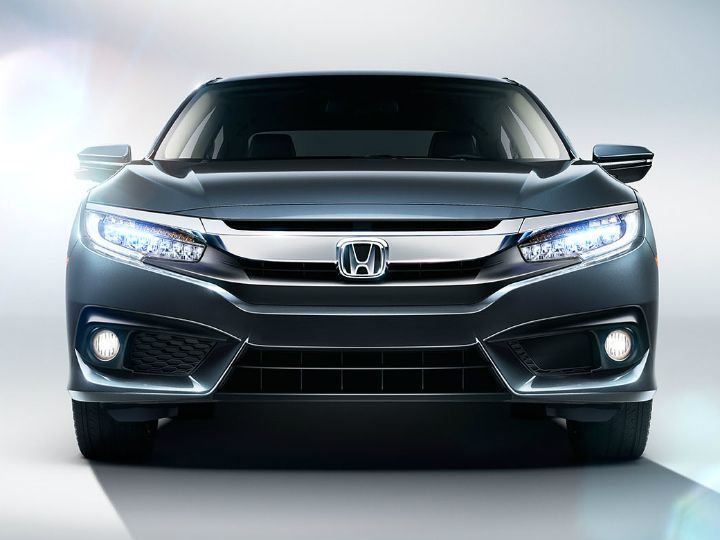 Honda Motor Company CEO Takahiro Hachigo had a very interesting titbit to share on the sidelines of the Tokyo Motor Show this year. He said Honda Cars India would continue its efforts to increase its market share in India in the next three years and to achieve that, it will launch six cars.

All of the six cars will be assembled at one of the two manufacturing facilities the company has in the country. Three of these will be brand new cars while the other three will be facelifts/updates of existing models. What is notable is Honda's reluctance to bring it's significantly advanced hybrid/electric-powered range of cars to the country.

As there is no clarity on the Indian government's policies towards greener vehicles, in spite of their goal to make India an electric/hybrid-exclusive automotive market, Honda cannot really think of bringing cars like the Clarity FCV (fuel-cell vehicle) to India.

Here's the list of cars that Honda will bring to India in the next three years.

The Amaze is the second oldest car in the company's lineup after the Brio hatchback. It helped the company hold on to its position as the fourth largest car manufacturer in the country before the WR-V was launched in March 2017 and took over the mantle from it. The Amaze did make a place for itself in the sub 4-metre sedan category when it was launched back in March 2013 but lost out to the competition such as the Hyundai Xcent and the Tata Tigor.

The new Amaze will have to take on the much improved Maruti Suzuki Dzire which, unlike the older car, has been built from the ground up as a sedan than a hatchback-with-a-boot. Honda could go back to the drawing board and make the new Amaze a completely new sedan in terms of design, bearing very little resemblance to the Brio hatchback. The current lineup of 1.2-litre petrol engine and 1.5-litre diesel engine could be carried over, albeit with improvements. The 1.5-litre EarthDreams diesel engine is still one of the most efficient in its segment with a claimed fuel-efficiency of 26kmpl.

The latest iteration of the CR-V may be a good SUV/crossover, but it has suffered from not having a diesel engine. The new (fifth-generation) CR-V, available internationally, does come with 1.6-litre, twin-turbocharged i-DTEC motor that seems extremely viable for our country. But the recent change in excise duty rules for cars in India, which is based on their dimensions and engine size, has made the 1.6-litre diesel motor less attractive for the Indian market. The CR-V only has two rivals to worry about currently, the Hyundai Tucson and the Isuzu Mu-X, and both of them have diesel motors.

What the all-new CR-V has in spades is fancy equipment, space and safety equipment. The CR-V has grown in size and looks more SUV-like than before. Features like the all-LED headlamps, 7-seats, 9-speed automatic transmission, a soft-touch dashboard,  7-inch touchscreen infotainment with Apple CarPlay and Android Auto, etc. make the CR-V a very attractive package. We will have to wait and see how Honda tackles the diesel engine predicament, but the new CR-V is definitely heading to our shores.

The Civic has a great history in India, it took the D-segment sedan category (which currently consists of cars like the Toyota Corolla Altis, Skoda Octavia and the Hyundai Elantra) by storm. The low and long sportscar-like design and futuristic interiors combined with Honda's build quality and reliability made this a crowd favourite. The unavailability of a diesel engine and a general decrease in popularity of D-segment sedans forced Honda to discontinue the Civic in 2013.

Since then, Honda fans in India have been pining for a new Civic and we have missed a whole generation of the car. There is hope that the all-new Civic, in its sedan form, will be launched in India within the next three years. There is a huge gap between the Honda City and the Honda Accord that the Civic could very easily fill and give customers a natural ladder to progress through. The Civic is not offered with a diesel motor internationally, however, the 1.5-litre i-DTEC used in the Jazz, Amaze and City could have the potential to be tuned up for the Civic.

The BR-V began Honda's push to gain a foothold in the growing compact-SUV/crossover market in India. While the butch looks, 7-seating capacity, petrol and diesel powertrains, and features like the projector headlamps+LED pilot lamps, leather upholstery, roof-mounted A/C vents, etc. did add to its appeal, it did not offer a value-for-money proposition in comparison to rivals like the Hyundai Creta or even traditional SUVs like the Mahindra Scorpio.

The BR-V facelift will carry over the same fast-petrol, efficient-diesel and convenient petrol-CVT powertrains as the current model. Honda could increase the appeal of the BR-V by adding more equipment, some glaring omissions from the current model include height adjustable seatbelts, a good touchscreen infotainment system, auto-dimming inside mirror, telescopic steering adjustment along with reverse parking camera and sensors. The BR-V also needs a redesign to help it shed its MPV-like looks from certain angles, but that would require a lot of work reserved for an all-new model rather than a facelift. Honda could surprise us though.

The second-generation Jazz hatchback built on the reputation of the first-gen model of being a spacious, practical and efficient large hatchback with the added advantage of a diesel engine. What the Jazz could not do is take the fight to the Maruti Suzuki Baleno or the Swift. Blame it on the noticeable cost-cutting measures and lower value-for-money proposition, but the Jazz has not been the revolution Honda hoped it would be in its segment.

The Jazz facelift introduced in many international markets may just be the answer. The improved design makes the Jazz look more premium, especially with elements like the all-LED headlights. The leather upholstery adds to the premium feel on the inside. There is even a Sports trim with a sportier suspension to appeal to those who loved the sharp handling characteristics of the first-gen hatchback. While the Honda Jazz is also offered with a petrol-electric powertrain internationally, Honda India will continue to use the same petrol and diesel engines in India. The new Jazz is expected to be launched in India in 2018.

The WR-V is Honda's second-biggest seller in the country. A raised ride height, SUV-like design and features like LED DRLs and a sunroof have helped it become popular among people looking for an urban crossover. In three years time, the segment would have grown with new models. There is a new EcoSport coming this November as well! The WR-V would need a comprehensive update to keep it in contention. Changes could include improved engines, all-LED illumination, improved handling on the highway (one big complaint of the current model) and more equipment.