The S5 Sportback facelift has been priced at Rs 79.06 lakh 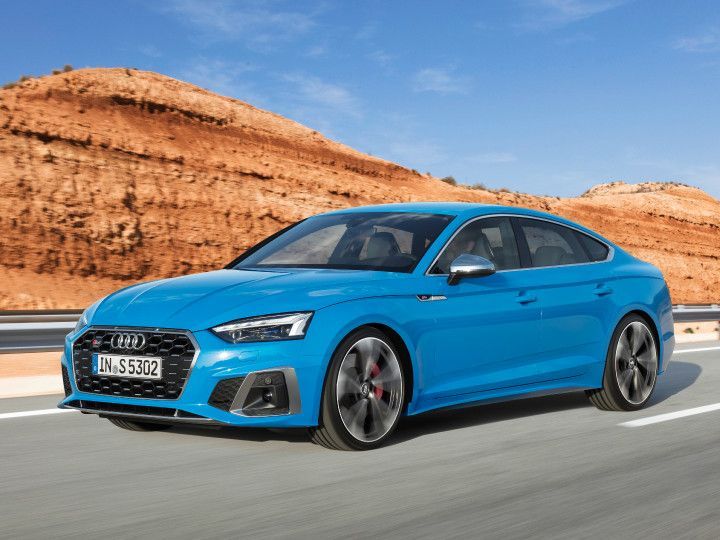 The facelifted Audi S5 Sportback has been launched in India at Rs 79.06 lakh. The four-door coupe locks horns with the Mercedes-AMG C43 and the recently launched BMW M340i. Unlike the locally assembled Bimmer, the S5 Sportback arrives in our country as a Completely Built Unit (CBU).

While the S5 Sportback undercuts the Mercedes-AMG C43 by Rs 1.11 lakh, it is a whopping Rs 16.16 lakh more expensive than the locally-assembled BMW M340i.

Under the hood is a 3.0-litre V6 petrol engine (paired with an 8-speed automatic) developing a respectable 354PS and 500Nm. Thanks to Audi’s quattro all-wheel drive, the new S5 Sportback is quick and can go from 0-100kmph in 4.8 seconds. Its top speed is electronically capped at 250kmph.

The S5 Sportback also gets a bevy of updates underneath the skin. It sits on stiffer S-Sport suspension with an optional damper control feature that allows you to adjust the damper’s stiffness for a better driving experience. Power is distributed in a 40:60 ratio between the front and rear axles. The S5’s quattro permanent all-wheel drive also features a central locking differential.

Audi has also made some changes to the exterior design. The single-frame grille now sits lower and wider, making it look more aggressive. The three faux air slits above it hark back to the 1984 Audi Sport quattro. The restyled Matrix LED headlamps look cool, while the large air vents and the 19-inch alloy wheels add to the car’s sportiness. The LED lights with the funky elements top off the design.

On the inside, you see Audi’s new 10.1-inch MMI infotainment system that can be controlled by touch. The ‘S’, on the steering wheel and front seats, lets you know you’re driving a sportier Audi. Also, unlike the German carmaker’s more expensive models that get twin screens, the S5 still retains those old-fashioned knobs for climate control.

The new Audi S5 Sportback will appeal to those who want a sportier-looking A4 with more power on tap. But does it make sense when compared to the BMW M340i that undercuts the Audi by a staggering Rs 16 lakh? Let us know in the comments.