Meet The Cutest Scooter Ever - The Yamaha Vinoora

Launched in Taiwan, this bug-eyed little scoot has no intentions for India 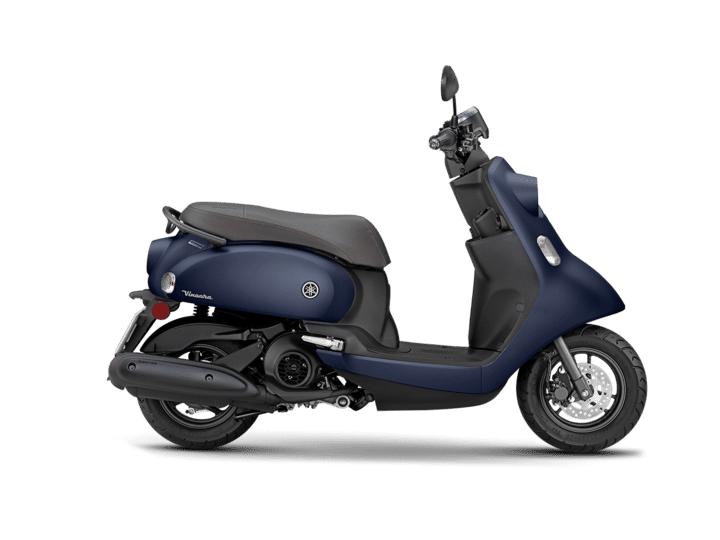 Neo-Retro seems to be all the rage now. From the Europeans to the Big Four from Japan, every brand seems to be smitten by old-school charm. Yamaha recently launched a funky, neo-retro scooter, christened as Vinoora in Taiwan and if we were to describe it in one word, it’d be a tough call between cute and quirky.

The Vinoora features the company’s Newtro design language, which in Yamaha-speak is neo retro and it is very clear with its simple, clean lines and elliptical elements. The fascia, however, reminds of certain banana-loving minions from a popular animated movie, or if you take into account the pot-bellied front muffler, it could even resemble Homer Simpson. It might look a bit old-school, but there are some modern elements such as LED lights in the round headlamps. The same stands true for the single, circular tail lamp. The indicators, however, are halogen units.

This funky scooter is powered by a 125cc, single-cylinder, air-cooled and fuel-injected engine. Though Yamaha has not disclosed the power figures yet, they are likely to be similar to the 125cc FI motor that we have seen on the BS6 Fascino 125 , Ray-ZR Street Rally 125 Fi and Ray-ZR 125 Fi. The Vinoora also boasts a claimed mileage of 57.7kmpl.

Braking hardware on the Vinoora consists of a disc at the front and a drum at the rear. Telescopic fork and a monoshock handle the suspension duties. At 94kg, the Vinoora is a pretty light package.

On the features front, the scooter gets a fully digital console, USB charging port, and Yamaha’s Smart Start System which uses a generator assembly that ensures a silent start, a la Honda’s ACG system seen on the BS6 lineup in India.

Also read: The Yamaha BW’s 125 Scooter Offers The Best Of Both Worlds

The Vinoora also gets a fancier ‘M’trim which gets accessories like a headlight grill, a bigger grab rail for the pillion, a premium seat and some chrome treatment. The ‘M’ trim is only available in a matte black shade.

The Yamaha Vinoora retails at 17,900 Yuan in Taiwan while the M trim carries a sticker of 18,700 Yuan which roughly translates to Rs 1.96 lakh and Rs 2.05 lakh respectively. The Vinoora is unlikely to grace the Indian shores, however, if cute and retro styling strikes your fancy, then you’ll have to suffice with likes of the Fascino 125 or the Vespa lineup.