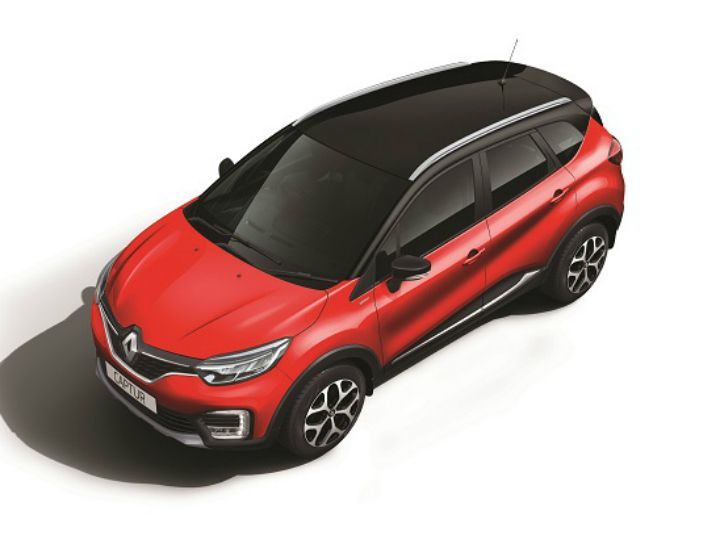 The 2019 Renault Captur has been launched in India at a starting price of Rs 9.5 lakh ex-showroom, Delhi. The updated crossover gets a host of standard safety features as well. Renault has even rejigged the variant lineup and the petrol-powered version of the crossover is finally available in the top-spec Platine variant.

Gone are the mid-level RXL and RXT Dual Tone variants. The new Captur is only available in the base-spec RXE and top-end Platine Dual Tone variants. Renault has also reduced the price of the Captur with the update. Check out the revised prices below:

Even though the base-spec RXE variant gets a host of new safety features, including dual airbags, ABS with EBD, rear parking sensors, driver and co-driver seat belt reminder and over-speed alert, as standard, it is now around Rs Rs 50,000 more affordable than before. This additional safety features make the Captur compliant with upcoming safety norms that are set to come into force in October 2019.

The addition of the top-end petrol-powered Platine variant now gives prospective customers more choices as well. This also makes the Captur slightly more attractive as a package considering changing customer preferences in the wake of upcoming BSVI norms and the associated increase in the prices of diesel vehicles as a whole.

The Platine variant gets premium features like LED headlamps with DRLs, LED fog lamps, cruise control with speed limiter, Arkamys sound system and a rear armrest with cupholders. Exterior upgrades over the base RXE variant include a dual-tone colour scheme and 17-inch alloy wheels. Safety upgrades on the Platine variant include four airbags (two more than the base variant), walk away door lock functionality, automatic headlamps and rain-sensing wipers.

The Renault Captur Platine also comes with a new 7-inch infotainment system. Apple CarPlay and Android Auto compatibility is finally on offer along with the usual rear parking camera support and voice recognition. The new infotainment system also gets Eco Guide - a feature that monitors your driving pattern and provides guidelines to improve fuel efficiency.

As for the powertrains, they remain unchanged. The 1.5-litre diesel produces 110PS at 3850rpm and 240Nm at 1750rpm of torque and is coupled to a 6-speed manual. Powering the Renault Captur petrol is a 1.5-litre H4K petrol engine that produces 106PS at 5600rpm and 142Nm of torque at 4000rpm. The petrol engine delivers an ARAI-certified mileage of 13.87 kmpl and comes coupled to a 5-speed manual gearbox.

The 2019 Renault Captur takes on the likes of the Nissan Kicks, Hyundai Creta and the Kia’s upcoming Creta-based SUV, the SP2i.