The 2019 Wagon R will get a total of 7 variants and two petrol engine options, including the 1.2-litre K-Series motor from the Ignis 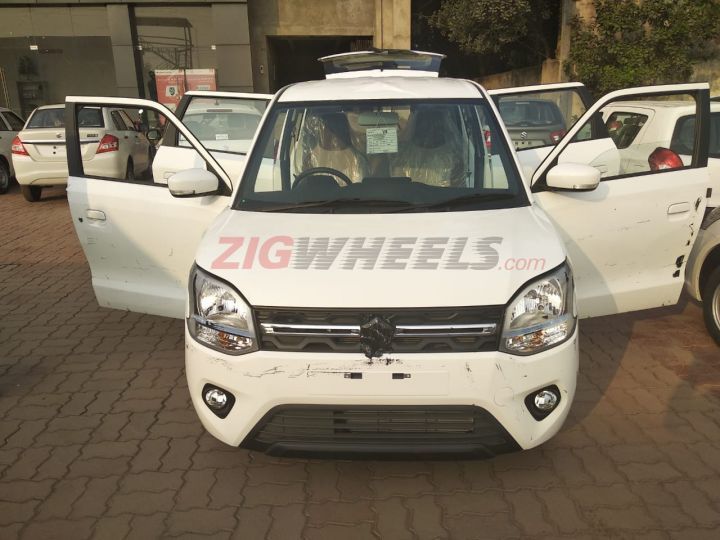 In what was the biggest leak for the highly awaited 2019 Maruti Suzuki Wagon R yet, the detailed specifications and variants of the upcoming car are now out. According to the seemingly official specifications sheet leaked today, the all-new Wagon R is all set to come in a total of seven variants with two petrol engine options, including the new 1.2-litre K-Series motor from the Swift and the old 1.0-litre engine from the current-gen model.

The 2019 Wagon R will be offered in three trim levels: L, V and Z. While the 1.0-litre engine will only be available in the LXI, VXI and VXI AGS (auto-gear shift) trims, the new 1.2-litre engine will be offered on VXI, VXI AGS, ZXI and ZXI AGS trims, thus taking the total number of variants to seven. Yes, like all its recent siblings, the Wagon R will also get the AMT gearbox, but from the V trim onwards.

The all-new Wagon R measures 19mm longer and 125mm wider than the outgoing model, and the wheelbase has been been stretched by 35mm to get it on par with the Ignis. In fact, at 3655mm, it is even longer than the old-gen WagonR VXi+ (formerly known as Stingray), which was longer than the old-gen’s lower-spec variants in the first place. This should result in more space on the inside too.

According to the leaked spec sheet, the 1.0-litre 3-cylinder motor on the new Wagon R will make 68PS and 90Nm of torque, whereas the 1.2-litre 4-cylinder engine is good for 83PS and 113Nm. The smaller capacity Wagon R will come with 13-inch wheels on the LXI variant and 14-inch on V trims and above.

In terms of safety features, the new Wagon R is likely to get dual airbags as standard along with ABS, EBD and rear parking sensors to comply with upcoming crash test norms. The top-end variant has also been spied with touchscreen infotainment. This, however, does not look like the 7-inch Smartplay system we are used to seeing in other premium Marutis like the Ignis and the Baleno. The one spotted in the leaks features a different layout and could be a cheaper alternative to the Smartplay system. Still, we expect the new Wagon R to come with Android Auto and Apple CarPlay compatibility, at least on the top trims.

The Wagon R will be officially launched on January 23, and it is slated to come in a total of six colours. Now all that is left to know is the all important pricing. We expect Maruti to keep the starting price of the new Wagon R closer to that of the outgoing model (around Rs 4.2 lakh ex-showroom). However, with a host of features on offer, expect the more premium ZXI to be priced closer to Rs 6 lakh (ex-showroom). So stay tuned to ZigWheels for more updates and details on Maruti’s latest.