The seventh-gen 3 Series is finally here in India. Here’s how it looks in detail 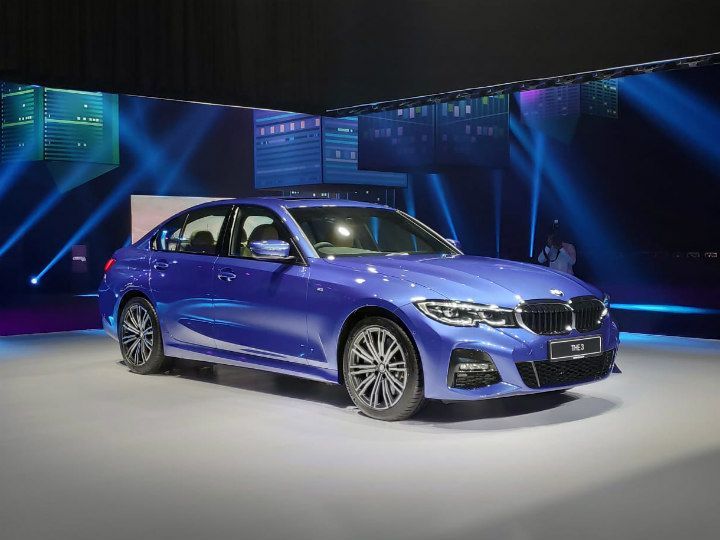 BMW’s seventh iteration of the 3 Series sedan that made its debut at the Paris International Motor Show in 2018 has finally its way into India. The executive sedan is underpinned by the BMW Cluster Architecture (CLAR) platform and comes in three variants and two engine options. Here’s a closer look at the world’s favorite sedan in detailed pictures.

From the outside, the new 3 Series gets styling that is now in line with recent models that have come out of Bavaria. At the front, the 3 Series sports a larger kidney grille but thankfully not to the point where it overshadows the whole car. Other changes at the front include a revised front bumper and revised headlight design. The M Sport trim features larger air intakes. The Luxury Line features chrome inserts on the grille and around the air intakes.

The G20 3 Series is longer by 85mm, wider by 16mm, taller by 12mm and has its wheelbase extended by 41mm. The best part about this is that the 3 Series is lighter by 55kg thanks to the lighter aluminum platform. The side profile gives a sporty vibe with its short and stubby tail along with the sweeping roof line. The iconic ‘Hofmeister Kink’ is still visible, but it is not as pronounced as before.

The rear of the executive sedan also gets a major overhaul and now features sleek L-shaped tail lamps and an aggressive lower bumper design. The M Sport variant goes one step further and features a black faux diffuser on the lower half of the bumper.

On the inside, the 3 Series features a cabin that looks less cluttered compared to the older model.  The cabin also features sports seats with M-specific upholstery, M leather steering wheel, anthracite-coloured headliner and interior inserts in Aluminium Tetragon.

One of the main highlights in the cabin is the presence of a massive 10.25-inch infotainment screen paired with BMW gesture control and Apple CarPlay support. Other tidbits include wireless charging, three-zone auto climate control and ambient lighting.

The 3 Series also features a massive 12.3-inch digital instrument cluster with a MID that provides the driver with various information that includes navigation, driving mode readout, and live weather.

Both engines are mated to an 8-speed automatic transmission and rear-wheel drivetrain. There are also four driving modes on offer: Eco Pro, Comfort, Sport, and Sport+. Automatic start/stop function and brake energy regeneration are also offered as standard across all the variants.

The BMW 3 Series is priced in the range of Rs 41.4 lakh to Rs 47.9 lakh (ex-showroom Delhi). It is also offered in a variety of colour options that include Alpine White along with Black Sapphire, Mineral Grey and Mediterranean Blue. The new BMW 3 Series takes on the likes of the Mercedes-Benz C-Class, Audi A4 and the Jaguar XE.