Is this the future of BMW coupes? 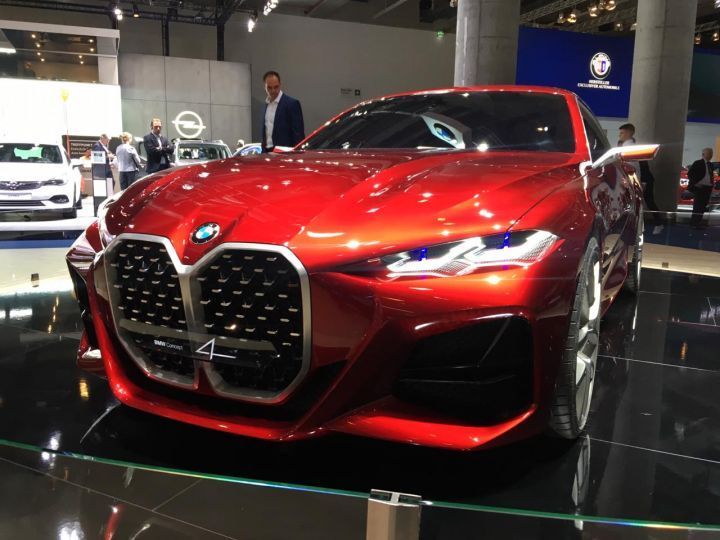 While BMW has been garnering criticism from all parts of the globe for its overly sized kidney grille, it has upped the ante even further with the Concept 4. Making its debut at the Frankfurt Motor Show, the Concept 4 is a futuristic looking concept which is hidden behind the massive twin kidney grille up front.

It features a vertically oriented grille that is humungous in comparison to the current crop of 3 and 4 Series models. Thankfully, it's still a concept and BMW may or may not offer the new grille in its upcoming M3 and M4. In all honesty, barring the grille, the coupe looks absolutely gorgeous with the right proportions, a stubby rear and a sleek design language. Folks at BMW say that the grille was inspired from the 328 and 3.0 CSi, the latter being one of the best looking BMW coupes in our opinion.

If it wasn’t for the massive grille, the Concept 4 would’ve been an epic looking coupe with striking  elements like the laser headlights, lower bumper design and an aggressive looking rear end. The laser headlights are special as they have no glass cover on them and are integrated into the body like three-dimensional sculptures. Then there are the sleek and simplistic mirrors with dual stalks that are mounted on the weather strips rather than on the door panels.

The Concept 4 comes shod with 21-inch wheels that look the part. The rear end is equally impressive with a broad stance and focussed design elements. And we are happy to report that the concept comes with exhaust vents, hinting at no electrification. This coupled with the fact that there are tastefully designed air vents in the front bumper further solidifies our speculation.

While most of the technical details are still under wraps, we’d like the Concept 4 to make it into production, albeit without that grille. Meanwhile, BMW is also expected to unveil the new M3 and M4 in the coming days.