When you look at what's on offer and add in the (lack of) competition, you can see why the bean counters at Maruti will be laughing their way to the bank 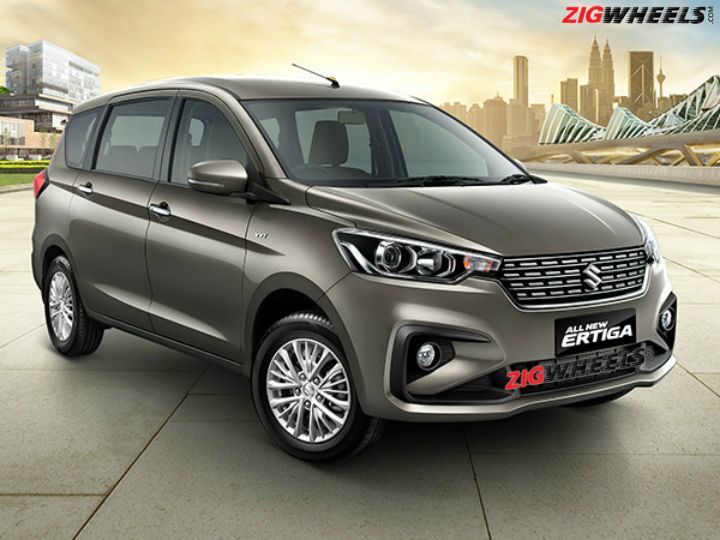 The all-new Ertiga is upon us! Well, not exactly. But there's practically nothing that's left to imagination now, is there? The second-generation of the MPV was unveiled at the Indonesian Motor Show and laid a whole lot of rumours to rest. We've already done a detailed piece on what the Ertiga brings to the table. You can check that out by clicking this link here.

She’s Got The Looks

Anyway, back to the topic. What's really exciting about the new Ertiga is the fact that it feels like it has upped the game in matters that well, matter. For starters, it doesn't look like a bloated Ritz. It looks clean and unabashedly minivan-esque. That's a good thing! Yes, there's a whole lot of "inspiration" in the design. Our eagle-eyed readers spotted traces of the BMW 3-Series in the headlamps, the Innova Crysta in the nose and the silhouette, and the Honda WR-V (Volvo too!) in the tail. The important bit here is that the Ertiga is now bigger. It's longer by 99mm, wider by 40mm and taller by 5mm. That said, the 2470mm wheelbase remains identical.

The bigger dimensions ought to solve two of the Ertiga’s biggest bugbears. One, boot space. With all rows up, the outgoing Ertiga had a paltry 135 litres of space to offer. The new one isn't drastically different, but it does offer a bit more usability with 153 litres of space. Then there's a 50:50 split for the third row as well. Second, third row space. Thanks to the bigger dimensions, the new Ertiga should offer some more room for the kids to muck about in the last row, making it a better family car.

The interiors too seem a bit more purposeful. The design isn't shared with the Dzire anymore, and apes an Audi instead. The vents that stretch from door to door look like rip-offs, but they do add that sense of width. It is properly sensible, too. There are plenty of cubbies for knick-knacks; the second-row occupants are treated to roof-mounted air conditioning vents, and there's some added versatility courtesy the 60:40 split for the second row. The Ertiga would've knocked it out of the park had it featured captain seats for the second row. As of now, it's unclear if Maruti will choose to make this alteration in the India-spec model. But we'd be chuffed if they did!

So yes, on the surface the Ertiga does look well-prepped. Oddly enough, the biggest reason why we feel it's destined to succeed has nothing to do with the vehicle at all. Prices for the 2018 Ertiga are likely to start around the Rs 6.6 lakh mark, and go all the way up to Rs 11 lakh (ex-showroom). For that kind of money, you can choose between a compact sedan (say a Maruti Dzire or the new Honda Amaze), a small or premium hatchback (Hyundai Grand i10, Maruti Swift or Baleno) or a compact SUV (Tata Nexon or the Ford EcoSport). The top-spec variants will overlap base variants of C-segment sedans, making the Ertiga feel all the more VFM.

Then there's the fact that the 2018 Ertiga doesn't really have a direct rival. Honda has pulled the plug on the Mobilio, and the Renault Lodgy hasn't been able to capture buyers’ fancy. The only other seven-seater you can choose for that kind of money is the TUV300. And, let's face it, it isn't very good at seating seven.

The final piece of the puzzle is the new 1.5-litre diesel engine that could make its way under the hood of the new Ertiga. That should solve the want for more power, because the current iteration does struggle a fair bit under a full passenger load. The lighter Heartect platform should help its case as well.

Over the years, the Ertiga has been an unassuming workhorse. It fitted in just right with the big Indian family. The new one, at least on the face of it, promises to continue doing just that. Isn't that all we need at the end of the day?