The Aspire gets comprehensive updates and a price cut too, to become more relevant in the cut-throat compact-sedan segment 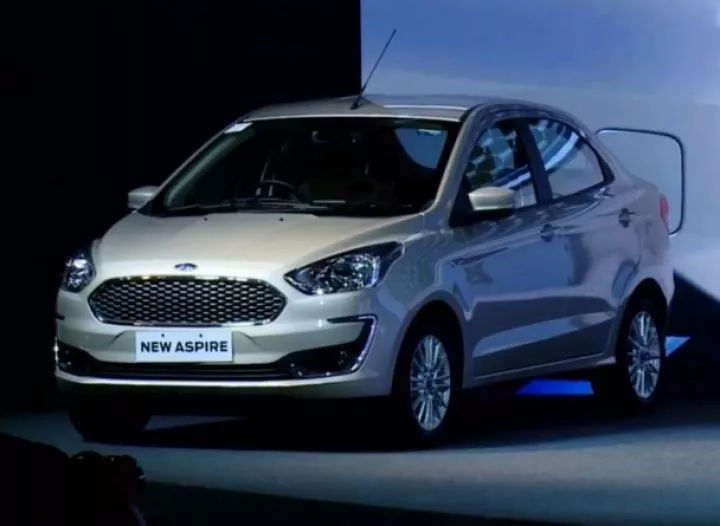 The Ford Aspire has been updated for the first time since it was launched back in 2015, making it better suited to take on the competition which includes stalwarts like the Maruti Suzuki Dzire, Honda Amaze and the Hyundai Xcent. With this update, Ford has set about addressing the issues which made the Aspire less competitive - especially in terms of features.

The prices of the new Ford Aspire, introductory ex-showroom Delhi, are as follows:

These prices do make the new Aspire more appealing, here’s a price comparison with the competition and the older model.

Changes to the exterior design are limited, though they do manage to make the compact sedan look fresher. At the front, the Aspire gets a new grille. The horizontal slats on the older one have been replaced with a honeycomb mesh. The front bumper gets a wider air dam, while a brushed aluminium element has been added to the edges of the bumper - just like the black element on the Freestyle.

Changes on the side are limited to the new 15-inch alloy wheels, which replace the 14-inch units of the older car. At the rear, the changes are subtle. The bumper gets some new elements to reduce the bulk. The crease from the bumper extends onto the taillamps and the boot, which adds a bit of character to the otherwise plain jane design.

Inside, the Aspire carries forward the black-and-beige theme with almost nothing new in terms of design except for the new centre console.

The new Aspire gets a lot of features to make it more attractive as a package compared to the competition. This includes a new multimedia system, more convenience-enhancing equipment and the same set of safety features as the outgoing car.

The most obvious feature addition to the new Aspire is the new 6.5-inch touchscreen infotainment system. First debuted on the Freestyle, the system gets Ford’s SYNC3 interface which adds Android Auto and Apple CarPlay smartphone connectivity, including Google Maps navigation.

Safety systems on offer have been carried over from the outgoing model. This includes dual airbags, ABS, EBD as standard. The Aspire’s top-end variant will continue to be offered with the unique-in-segment six airbags too.

While the Aspire’s diesel variants are powered by the familiar 1.5-litre, 4-cylinder turbo-diesel motor from before, the petrol variants get two new engines.

The 1.5-litre diesel engine develops 100PS of maximum power and 215Nm of peak torque paired to a new 5-speed manual transmission. This setup has a claimed mileage of 26.1kmpl. Ford does not plan to equip the Aspire with a diesel-automatic powertrain anytime soon.

The standard petrol engine is the one that debuted on the Freestyle. This is a new 1.2-litre, 3-cylinder naturally aspirated motor from the company’s new ‘Dragon’ family of engines. This develops 96PS of maximum power and 120Nm of peak torque, in conjunction with a 5-speed manual transmission. The nee Aspire petrol has a claimed mileage of 20.4kmpl.

Meanwhile, the sole automatic variant gets the same setup as the new EcoSport. This is powered by a 1.5-litre, 3-cylinder, naturally-aspirated Ti-VCT motor developing 123PS of maximum power and 150Nm of peak torque paired with a torque converter instead of the dual-clutch transmission on the older model.