Both cars have been spotted ahead of their launch 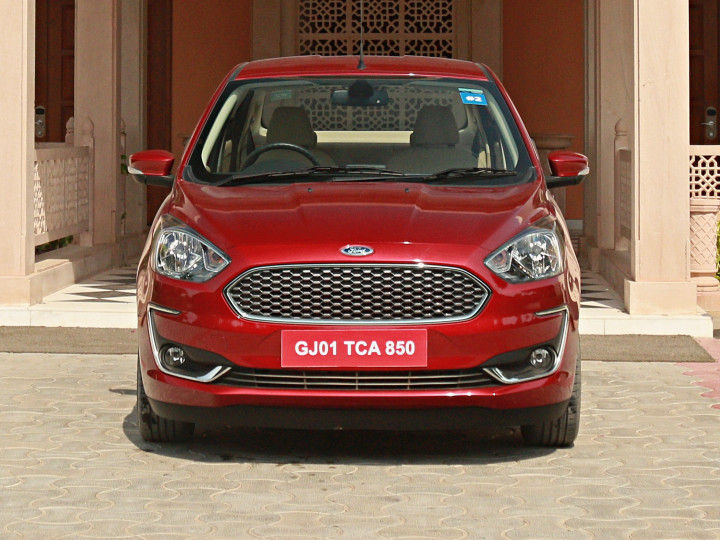 Every carmaker in India is busy updating their lineup ahead of the BS6 switchover deadline of March 31. Ford has already updated its best-selling Ecosport and next up are the Figo and the  Aspire. Right ahead of their launch, the Figo and Aspire BS6 have started reaching dealerships across the country. As it turns out, some features have been omitted from the Figo and its sedan version. So, here’s what’s missing and what’s new:

From the cars spotted at dealerships, it seems like the Figo and Aspire have lost several features, even some essential ones. Both the cars in the Titanium variant now miss out on rear defogger, fog lamps, and glossy gear lever. The Figo Titanium takes the biggest hit as it also misses out on rear wiper, 7.0-inch touchscreen system with Sync3, reverse parking camera, and automatic climate control. The Figo Titanium now gets a standard 2-din audio system similar to the one on the base Ambiente variant. On a positive note, it now comes with new 15-inch alloy wheels instead of the 14-inchers.

Now, we are waiting for the revised pricing before we jump the gun and bash Ford for removing all the essential features. Nevertheless, there’s a top-spec Figo Blu and Aspire Titanium +, which will most likely be loaded with features. Going by that, Ford might push the prices of these top-spec variants further down making the Figo and Aspire more affordable. With so many features missing from the Titanium variants of both the cars, we expect their prices to go down accordingly.

Both the cars will be powered by two BS6 engines. The petrol option is a 1.2-litre three-cylinder Dragon motor pushing out 96PS and 120Nm of torque. The diesel is the gem of a 1.5-litre TDCi unit that is good enough for a solid 100PS and 215Nm of twist. The sole gearbox option is a 5-speed manual as Ford recently discontinued the 1.5-litre AT variants.

It is no surprise the Blue Oval is struggling with the sales of the Figo and Aspire in India. Despite being competent, VFM cars with fun-to-drive traits, the Figo and Aspire have failed to set the charts on fire. We expect the prices to be announced in the next couple of days. At present, the Figo is priced from Rs 5.23 lakh to Rs 7.65 lakh and the Aspire from Rs 5.99 lakh to Rs 8.62 lakh.