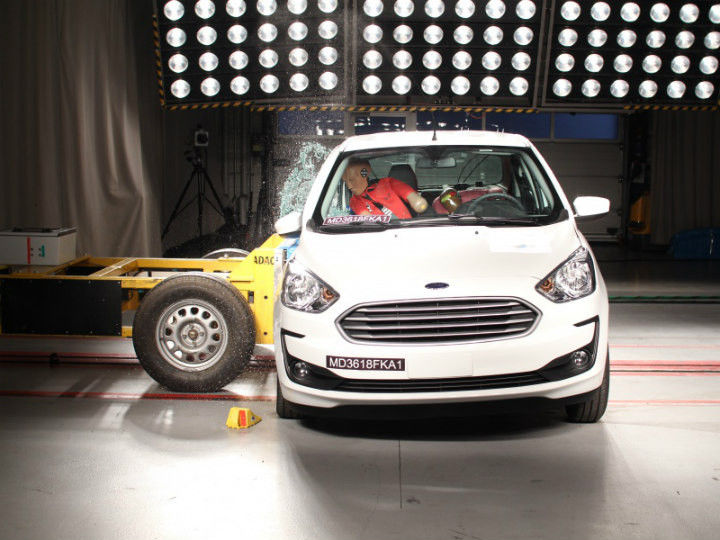 The last month or so has seen various cars sold in India go through the Global NCAP safety tests with some pleasant surprises as well as shocking disappointments. The latest model to get this treatment is the South American-spec Ford Aspire, also known as the Ka+, which was recently tested by Latin NCAP. Unfortunately, the sedan has received a big fat ZERO safety rating. Do note that the Brazil-spec Ford Aspire is longer than 4m, however, it is pretty much the same as its Indian counterpart.

The Latin NCAP crash tests are more extensive than Global NCAP and cover four key topics: adult occupant protection, child occupant protection, pedestrian protection and safety assists. The tests resulted in a poor 13.43 points (33.59 percent) in adult protection, with unstable footwell, weak protection for the driver’s chest inside impact. It also failed the whiplash test. That said, its body shell was rated stable with adequate protection to both the front occupants for the head, neck, chest and tibias in frontal impact.

While the report did show adequate front and side impact protection, it scored a mere 4.57 points (9 percent) in child occupant protection. It did get a fairly decent 24 points (50 percent) in pedestrian safety tests in head impact and lower leg impact areas, but the lack of standard safety assists resulted in a score of 3 points (7 percent) in safety assists.

The base variant tested here gets standard bits such as dual front airbags, ABS + EBD and ISOFIX mounts, but that wasn’t enough to give it a respectable safety rating. This comes as quite a shock as the 2019 model, equipped with side airbags and ESC, scored 4 stars. Consequently, Ford has responded by announcing that side airbags and EBD will be made standard on the Ka+. So, an updated safety test is awaited but we’re happy Ford is taking steps to make the Ka+ a safer offering.

Back home, the 2017 Aspire model, which is a sub-4 metre sedan, has scored a 3-star Global NCAP safety rating. Its bodyshell has been rated unstable, which isn’t the case with the Brazil-spec model. So, it could have fared even worse in the Latin NCAP crash tests. The Aspire retails from Rs 6.09 lakh to Rs 8.64 lakh (ex-showroom).