If the standard Africa Twin didn’t quite cut it for you as a long distance off-roader, the Adventure Sports is exactly what the doctor ordered 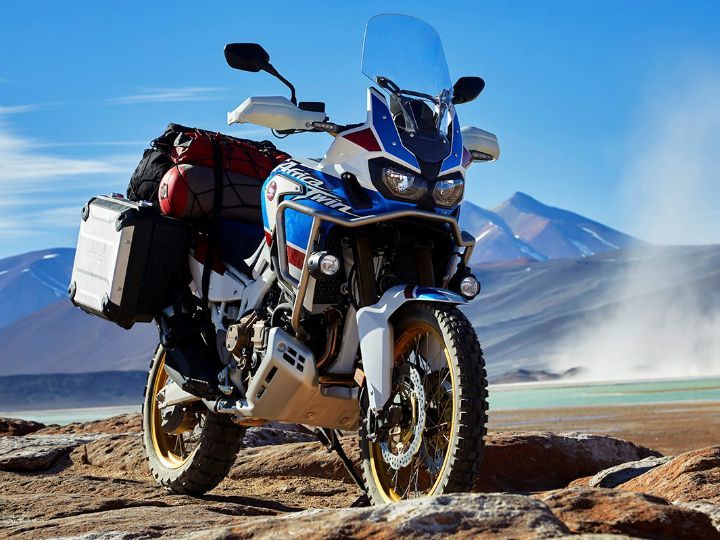 Ever since its launch, the Honda CRF1000L Africa Twin has been quite popular in the market. It is considered by many as one of the best off-road focused ADVs out there. To take the game forward, Honda has announced an all-new edition of the adventure tourer, named the Honda Africa Twin Adventure Sports.

So how is it different from the ongoing model?

For starters, the size of the petrol tank has been increased to 24 litres, an increase of 5.4 litres. According to Honda, this will increase the fuel range to 482kms. To make the ride comfortable Honda has flattened the seat of the Adventure Sports, giving it a more upright seating position.

It now comes with heated grips and a taller windscreen as standard features. If the roads get too icky, the Adventure Sports’ improved suspension, which now offers 22mm more travel, will do the job. The Adventure Sports also gets wider footpegs and a bigger sump guard.

The Africa Twin Adventure Sports packs a 998cc parallel-twin engine which produces 95PS of power and 98.9Nm of torque. It has seen some changes too, with a revised airbox and a new exhaust which helps in boosting the midrange, and as a bonus provides a great exhaust note. Along with this, you also get an improved ride-by-wire throttle control system, three riding modes and an improved seven-level traction control system. You can also opt for a quickshifter as an optional accessory now.

The standard Africa Twin itself has received a host of updates, it now features four riding modes running through a new Throttle-by-Wire system, a modified airbox, exhaust, and a host of other performance upgrades, which was missing on the older bike. Honda was also able to shed off some weight (2.3kg to be precise) thanks to a new lithium battery.

The Honda Africa Twin Adventure Sport will come in a tricolour paint scheme, to celebrate the 30th anniversary of the original XRV650, which was launched in 1988. Since the standard Africa Twin is already here, we hope Honda brings this to our shores too. Expect prices slightly higher than the standard model.