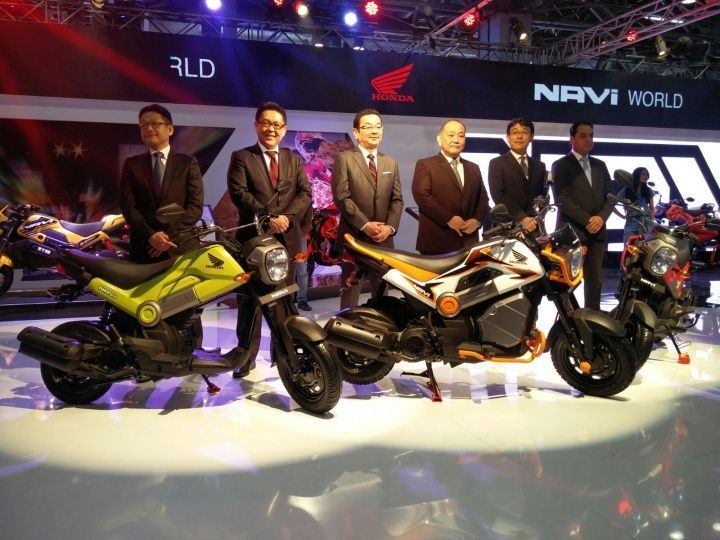 Honda today launched its all-new Navi at the Auto Expo at Rs 39,500 (ex-showroom, Delhi). A product designed and developed completely in India, the Navi is an entirely new species of two-wheelers inspired by the Honda Grom sold internationally. Also known as mini-bikes, products like the Navi are targeted at young, urban buyers wanting a means of transport for the city that's stylish and fun to ride. The Navi is powered by a 110cc, liquid-cooled single cylinder engine that produces a peak power output of 8 PS and peak torque produced is 8.96Nm. Power is sent to the rear wheel via a CVT transmission, and the top speed is 81 kmph.

The Grom, from which the Navi draws its inspiration, is popular abroad for its practicality, space and comfort. Showcased in three concept forms: Navi Street, Navi Adventure, and Navi off-road, the bike can be booked via an Android app. To make sure that the Navi boasts of decent handling dynamics Honda has fitted it with a 12-inch tyre on the front and a 10-inch on the rear, accompanied by telescopic front forks. Braking duties are handled by drum brakes on both ends.

Despite resembling a motorcycle more than a scooter – with which it shares its powertrain and especially the transmission – the Navi will do battle with premium scooters when it goes on sale now.