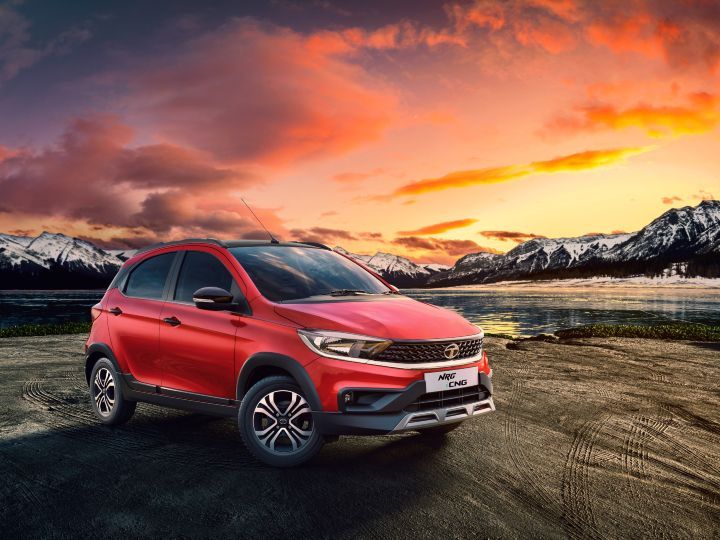 Tata has launched the CNG variants of the Tiago NRG with prices starting from Rs 7.40 lakh (ex-showroom). It is the third CNG offering in Tata’s CNG lineup alongside the Tiago CNG and Tigor CNG.

Launched in the XT and XZ variants, the CNG version of the cross-hatch carries a premium of Rs 90,000 over its corresponding petrol-powered variants. In comparison with the standard Tiago, the CNG Tiago NRG’s XT variant is costlier by Rs 30,000.

The CNG kit in the Tiago NRG is paired to the same 1.2-litre petrol engine as the standard Tiago and develops 73.4PS and 95Nm in CNG mode. It is teamed to a five-speed manual transmission only.

The CNG tank has a capacity of 60 litres and eats up pretty much all of the space in the boot. There’s space for maybe a couple of laptop bags, but that would be it.

Also Read: You Can Already Book The Toyota Innova Hycross At Select Dealerships

The Tiago NRG CNG sits alongside the Tiago CNG and Tigor CNG in Tata’s CNG portfolio and is a rugged alternative to the Maruti Suzuki Wagon R CNG and Celerio CNG. 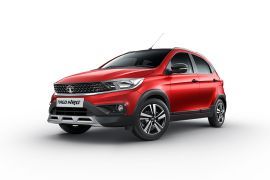 All Comparisons of Tiago NRG