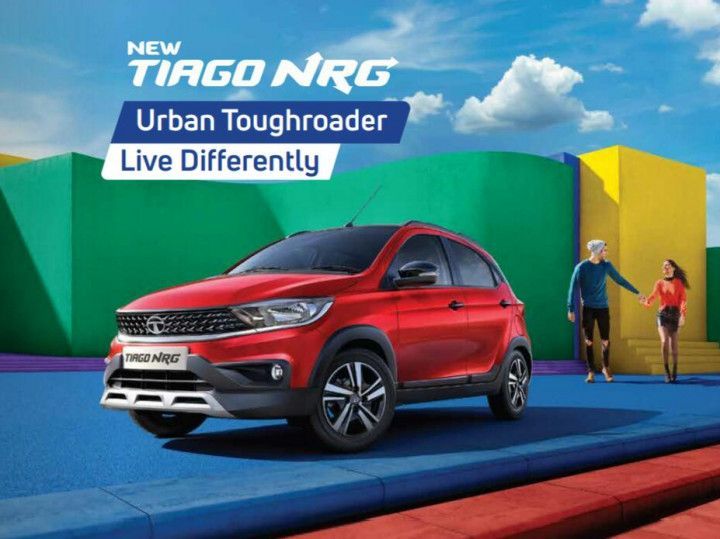 Tata Motors has re-introduced the Tiago NRG in India at Rs 6.57 lakh. For the unversed, the NRG is basically a rugged-looking version of the standard hatch. It comes with almost all the bells and whistles of the top-spec Tiago.

Take a look at the prices of the facelifted Tiago NRG:

The facelifted Tiago NRG commands a Rs 23,000 premium over the standard Tiago XZ+.

Much like the pre-facelift hatch, the facelifted Tiago NRG gets black body cladding. The larger 15-inch wheels, roof rails, and the 11mm increased ride height contribute to the Tiago NRG’s rugged appearance. Courtesy of these updates, the overall dimensions have increased slightly compared to the standard hatch.

Inside, the NRG has an all-black dashboard without the contrasting orange touches, which were there prior to the facelift. The updated steering wheel, gear knob, and digital dials have been carried forward from the facelifted Tiago. Notably, the NRG gets keyless entry with a push-button start, a feature that isn’t offered in the standard Tiago. This comes at the expense of climate control, though.

No changes have been made to the mechanicals. The facelifted Tiago NRG gets an 86PS/113Nm 1.2-litre petrol engine, paired with either a 5-speed manual or a 5-speed AMT.

The facelifted hatch is offered in four colours: Foresta Green, Snow White, Fire Red, and Cloudy Grey. Its only rival is the Maruti Suzuki Celerio X.