Here’s What Separates The Tiago NRG From Its Standard Counterpart

The carmaker has made several changes to this rugged trim 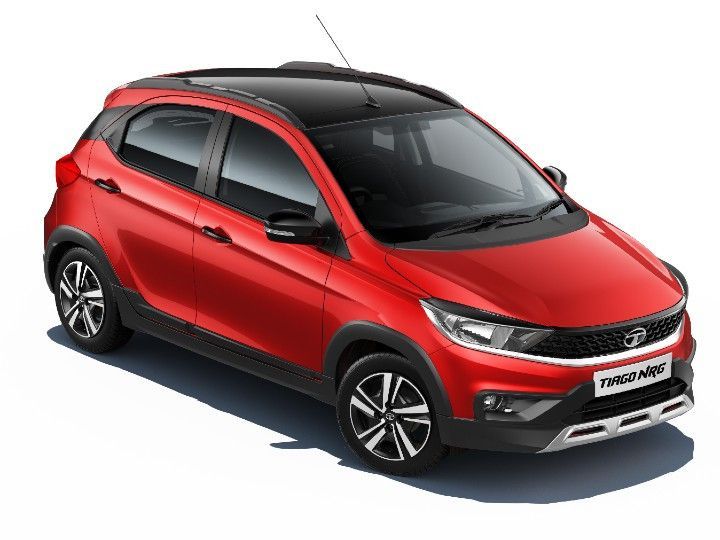 Tata Motors recently revived the Tiago NRG nameplate, introducing it for the facelifted Tiago at prices starting from Rs 6.57 lakh (ex-showroom India). Basically, if you want a more imposing and rugged Tiago, the NRG fits the bill with various changes over the standard model. Let’s take a look at what makes the Tiago NRG different:

What immediately strikes the eye is a more muscular set of front and rear bumpers, complemented by skid plates in line with the overall rugged theme.

What’s a rugged model without loads of cladding all over? The Tiago NRG has just that. The carmaker has also added a nice extra touch with cladding on the rear tailgate.

Something that is not easily noticeable is the new 15-inch wheel design that still largely resembles the standard model. But here’s the catch: it gets steel units, as opposed to alloy wheels on the standard Tiago, which is a rather surprising decision taken by the carmaker.

The Tiago NRG also gets roof rails unlike the standard model, however, it’s more of a cosmetic addition with no utility.

The rugged additions, new 15-inch wheels, and increased ride height have led to an increase in the hatchback’s dimensions. Compared to the standard model, the Tiago NRG is 37mm longer and 2mm taller with 11mm more ground clearance.

The contrasting orange accents from the pre-facelift Tiago NRG have been replaced by accents as per the exterior body shade chosen. It does carry over a few bits from the standard facelifted Tiago such as the updated steering wheel, gear knob, and digital dials.

It gets all the bells and whistles from the standard top-spec Tiago XZ+, such as a 7-inch infotainment system with Apple CarPlay and Android Auto, a Harman audio system, front and rear power windows, steering-mounted audio controls, and electrically adjustable ORVMs. Besides, the Tiago NRG adds a keyless entry with a push-button start. That being said, the additional feature has come at the cost of climate control.

It remains mechanically unchanged, powered by an 86PS/113Nm 1.2-litre petrol engine, paired with either a 5-speed manual or AMT. Its only rival in the country is the Maruti Suzuki Celerio X.