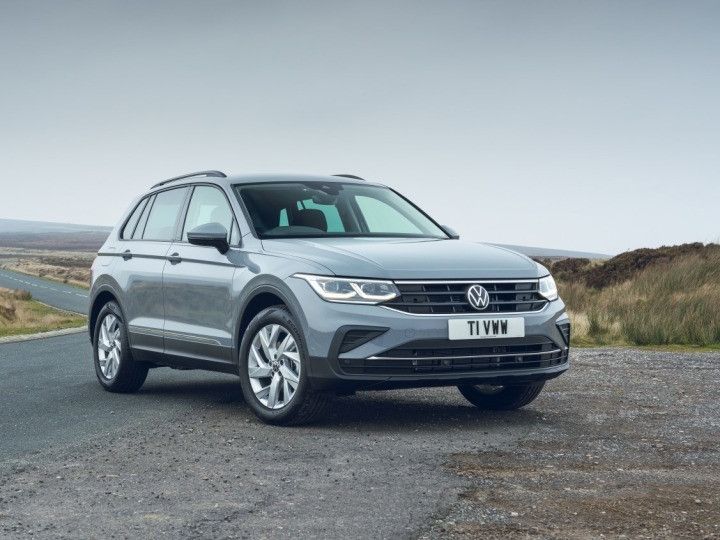 Volkswagen has officially announced the Tiguan’s launch date, confirming that the SUV will arrive in India on December 7 2021. The facelifted Tiguan comes with new features and a sleeker front and rear fascia. It’s likely to be priced from around Rs 28 lakh (ex-showroom) onwards and its chief rivals will be the Jeep Compass and the Citroen C5 Aircross SUVs.

The Tiguan’s exterior gets most of the visual updates and seems to be in line with other modern Volkswagens such as the Golf hatchback sold overseas. The sleeker matrix LED headlights and redesigned bumper lend the front fascia a sharper, wider appearance. At the rear, the tail lamps have new LED elements, and the new rear bumper features a faux skid plate and chrome-lined dual exhaust exits.

From the driver’s seat, a digital instrumentation display and new VW steering wheel are the most prominent changes. Touch controls replace dials in the climate control unit, and the ambient lighting now has 30 colours. In addition, the SUV should get a panoramic sunroof, electrically powered driver’s seat, six airbags, electronic stability control, 3-zone climate control, a sliding rear bench,and a touchscreen infotainment system with Android Auto and Apple CarPlay.

While the pre-facelift Tiguan had a diesel engine, the updated Tiguan gets a 2-litre TSI turbo-petrol engine which sends 190PS to all four wheels via a 7-speed DSG dual-clutch automatic transmission.

We had earlier anticipated a November launch for the facelifted Tiguan. Nevertheless, it will finally make its way to India this December, more than a year after its global debut, and will likely be priced from around Rs 28 lakh onwards.