[UPDATE: Royal Enfield has launched the 2021 Himalayan and you can check out our dedicated launch article for full details.] 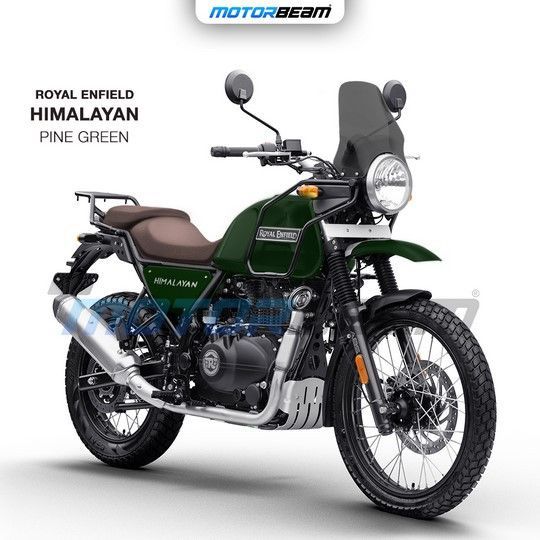 Not so long ago, we told you that Royal Enfield has several updates planned for the Himalayan, and part of those updates were new colour options. Now, the news is that the 2021 Himalayan would be available in three new colours, not to forget the fresh graphics. The newly introduced shades are Granite Black, Mirage Silver, and Pine Green.

That aside, Royal Enfield is also working on improving the ergonomics. The bike will get a new seat with better padding and a longer visor with a smoked finish. The front rack will be redesigned for less knee interference so that taller riders can feel at home.

The Tripper navigation system is coming to the Himalayan, which should surely be the highlight of the 2021 model. This feature will better equip the Himalayan to explore uncharted territories. In all probability, it will be the same unit from the Meteor 350.

Other notable changes include a new seat cover and powder-coated spoke wheel rims. While a price bump is expected, it is still justified, unlike its previous price hikes. We expect the 2021 Himalayan to be dearer by up to Rs 6,000.

The only thing likely to remain untouched is the 411cc single-cylinder motor and the power output. Apart from the Himalayan update, a 650cc Royal Enfield cruiser is also under development.