Polestar 6 Confirmed As Production Version Of Its Roadster EV Concept 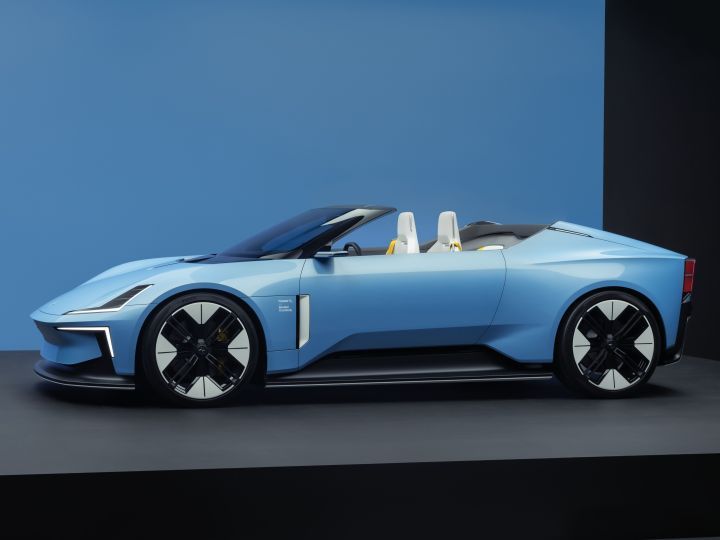 The electric performance brand Polestar has confirmed that its O2 roadster concept will be put into production. As a result, it will follow Polestar’s naming process and be called the Polestar 6.

The O2 concept debuted earlier this year in March, based on the Polestar Precept which is also going to become a production model. With the overwhelming consumer and press response, we took the decision to put this stunning roadster into production and I am so excited to make it a reality,” says Thomas Ingenlath, Polestar CEO.

Like the O2 concept, the Polestar 6 will be a hard-top convertible sports EV based on the brand’s bonded aluminium platform. It boasts of an elegant yet stunning exterior design in concept form which should be able to make it to production with minimal changes. The concept boasted technological features like an autonomous drone that can be deployed to take epic driving shots of the O2 and to explore the route ahead.

Like other Polestar models, the 6 will also use a variety of sustainable and eco-friendly materials for the cabin. Its dashboard looks like an evolution of the current design with a simpler layout. There is a sporty squared-off steering wheel with a small digital driver’s display and a large vertically-oriented central touchscreen display.

The Polestar 6 will get a dual-motor powertrain that has an output of upto 884PS and 900Nm. It is targeting a 0-100kmph sprint time of 3.2 seconds and top speed of 250kmph. More technical details of the Polestar 6 will be revealed as it nears production.

Polestar will be offering a special ‘Polestar 6 LA Concept Edition’ to celebrate the electric roadster’s launch. It will get the same light blue exterior paint, light leather interior and 21-inch wheels as seen on the O2 Concept. This special edition will be limited to just 500 units.

Interested customers can already try and reserve a Polestar 6 online if the company caters to their region. It is scheduled to be launched in 2026, so it’s still a long way away.