Honda’s all-new Jazz will be launched next month to take on the Hyundai Elite i20 and the Volkswagen Polo in the premium hatchback segment. Here are our first impressions of the car 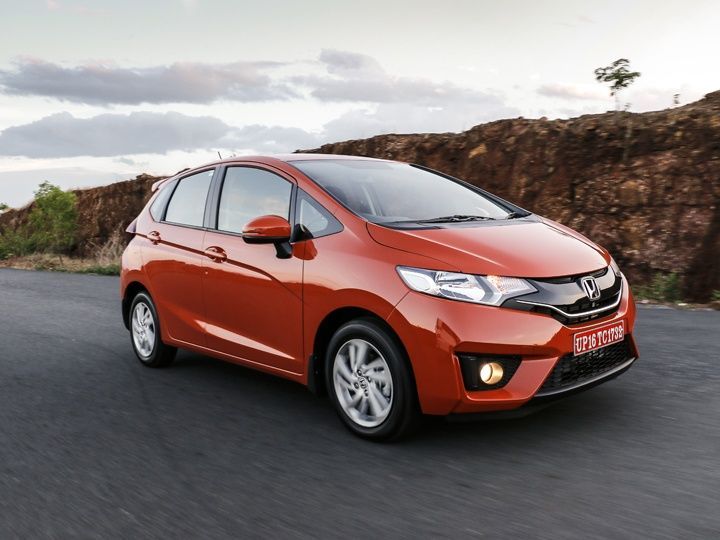 If you are one of the few owners of this car’s predecessor, you will get why the Jazz is such an important car for Honda and for its segment. The old Jazz was a lovely car, a bit ahead of its time, but offered the kind of practicality and space we’d not seen before on a hatchback in India. Not just in cabin, but boot space too. Honda coupled this practicality with a refined and peppy petrol engine, slick gearbox and light controls, making it the ideal car for the city. Well almost.

Success of any car in India is highly dependent on the amount of car you get for your money, and while the Jazz was much loved, it was expensive to buy. The Jazz came at a time when Honda was an established carmaker here but wasn’t as aggressive in the Indian context. A diesel engine wasn’t offered and parts localization was in the range of 60-70 percent. All that foreign content shot the price of the Jazz through the roof and the mindset was, why buy a hatchback when you can get a sedan for the same price.

The good news is that Honda has learnt its lesson and is now a company we can’t compare to the one that sold the Jazz a couple of years ago. Not only does the new Jazz get the fantastic 1.2-litre i-VTEC petrol engine but it also gets the ubiquitous 1.5-litre diesel mill. The Petrol Jazz now also comes with a CVT that’s more efficient than the manual gearbox, and all these options make for a very competitive premium hatchback.

I am in two minds about the appeal of the new Jazz. The rounded and clean lines of the earlier Jazz gave it a long lasting aura that I doubt the new Jazz can match. On the flipside, the new Jazz looks sportier than before. This car is wrapped around with cuts and creases at all the right places to give it a more aggressive look, much more than cars in the segment are known to possess. The new Jazz, just like the new City it is based on, is a lot wider than before, accentuated by the elongated headlamps leading into the gloss black plastic panel housing the logo. A thin chrome strip below it keeps things understated.

The Jazz doesn’t quite share any exterior detail with the City but the headlamps and grille share a common link, which is good. This car has a high percentage of parts with the City and so we are told that it wasn’t easy to price the Jazz competitively. But being sub 4-metre helps, as do the economies of scale.

Sharing its underpinnings with the City makes the Jazz feel a lot more aspirational, needed for a premium hatch. What I particularly like is the crease along the waistline of the car running all the way to the taillights. It also helps in toning down the MPV style profile of the car.

The rear end of the car feels like there’s too much going on at first but the detailing of the lights and the chunky roof spoiler are nice touches. The taillamps look Volvo inspired and could do without the extension leading up to the spoiler.

The interior of the new Jazz is similar to that of the City except for a few details like the cup holders, cubby holes and the instrument cluster. The driver’s seat adjusts for height on the top variants at least and the cabin is as flexible as the old one was. The rear ‘magic seats’ are only available on the top model now, possibly because Honda has seen a lot of demand for its top end models, particularly the City. The magic seats flip individually, fold and go completely flat to open up a massive loading bay. There is 354 litres of boot space, the best in this segment, even rivaling a few compact sedans, and if you fold the second row flat, it opens up a colossal 881 litres, enough to move rooms, if not houses.

It’s not just space but practicality. Getting in and out of the car is easy and will be appreciated by elders in the family, the boot lip is nice and flat making it easy to load and the massive greenhouse gives you an excellent view of the surroundings. In fact, to the earlier Jazz, passenger volume has gone up by 135 litres, front shoulder room has increased 35mm and rear knee room has increased by 115mm.

The seats are wide and comfortable, both front and rear, and the black upholstery on the top trim is a youthful touch. It won’t get soiled as easily as the beige seat fabric on the lower variants. There is a lot of storage space inside the cabin for long distance drives with a full complement of passengers. It’s going to be one of the class leaders in the interiors department for sure.

Like all new Hondas, the Jazz comes very well equipped. There are two interior upholstery colours – beige and black, the latter on the top end model. This variant also gets a 6.0-inch touchscreen infotainment system integrated with navigation. The top model also gets the rear flexible ‘magic seats’. All variant details aren’t available yet but we do know that the lower variants get a 5.2 inch colour screen and height adjustable driver’s seat. Other features in the Jazz include climate control, paddle shifters for the CVT gearbox, auto up/down driver window, retractable ORVMs and a rear parking camera offering three camera angles. You don’t get a start/stop button and rear AC vents like the Elite i20 though.

You get a 1.2-litre petrol mated to a 5-speed gearbox, 1.5-litre diesel with a six-speeder and a set of CVT equipped petrol variants.

The diesel engine is the one we are now familiar with. It does duty in Amaze, City and Mobilio and develops 100PS of power at 3600rpm and 200Nm of torque at 1750rpm. It is known to be a noisy unit but a very efficient one and in the Jazz, there are no surprises here. The short but strong midrange is where the Jazz comes alive, eager to push on but the six-speed gearbox will urge you to move up a gear ever too quickly to keep it at its efficient best.

The petrol engine we love. It wants to rev and has a wide and happy midrange making light work of traffic without demanding a downshift. It develops 90PS of power at 6000rpm and 110Nm of torque at 4800rpm. The shifts are slick and the clutch is light; the Jazz petrol has one of the best engine-gearbox combinations in the segment. The CVT is smooth but saps out the engine when used conventionally. While paddle shifters for a CVT are gimmicky, seven preset ratios make it that slight bit sportier when you need to make that overtake. It’s also marginally more efficient than the petrol.

So how is the Jazz to drive? It's as light and agile as you'd expect from a Honda hatch. Ride quality is excellent at slow and medium speeds. We haven't got the chance to test its stability at high speeds due to the narrow roads of Goa but we did get to test the tyres. These are designed keeping efficiency in mind and so don't offer the levels of grip we would have liked. The electric steering is light and offers no feedback, which is expected, but it weighs up well and is direct. The Jazz turns in well into corners and stays composed till the tyres reach their grip limits.

Large windows give an excellent view of the surroundings, especially while parking the car. Coupled with the rear camera, the Jazz can be slot in tight spaces. The quality of the display screen however could have been better, especially in sharp sunlight.

The Jazz diesel has an ARAI certified efficiency figure of 27.3kmpl, making it the second most economical diesel car to run in the country after the Celerio, which has half the cylinders and power. Expect consistent figures in the range of 17-18kmpl in the real world. The CVT petrol has an ARAI figure of 19kmpl compared to 18.7kmpl for the manual Jazz. In the real world however, you will not get these figures; expect closer to 11-12kmpl for the petrols.

We expect prices to start from Rs 5.25 lakh for the base petrol Jazz going up to Rs 7 lakh for the fully kitted car. The diesel will cost about Rs 1 lakh more spec for spec, putting it slap bang in the mix of things against the Elite i20 and Volkswagen Polo.

There is a reason why there has been high anticipation for the Jazz. Just going by the powertrain options, space on offer and practicality of the car, it can worry the best of its rivals. The Jazz is easy to use and considering the tried and tested mechanicals, the Jazz will be as reliable as Hondas are known to be. The diesel Jazz is particularly efficient, much ahead of its rivals. The Jazz not just has the Elite i20 and Polo in its crosshairs, but a bunch of compact sedans considering the amount of space on offer. There is a high likelihood of cannibalization of the Amaze too, but we doubt Honda will mind that, and you should consider the Jazz too over an Amaze, is our suggestion. This Honda has a wide range of abilities that more than mask a few of its shortfalls.