The X-Cape 650X is your eccentric alternative to the Japanese ADVs. 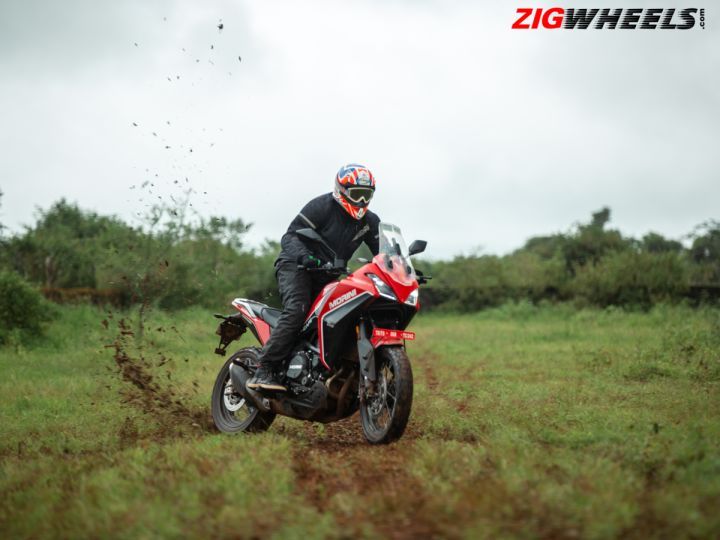 With the premium motorcycle segment witnessing a revival post the pandemic, a new brand has entered the Indian market. MotoMorini as a brand might not have the same exclusivity or evoke similar emotions to that of a Ducati or even Aprilia, but it’s among the oldest Italian bike brands to be still in existence. Another interesting trivia is that this isn’t the first time that Moto Morini has come to our shores. Back in 2014, custom bike builder Vardenchi had plans to bring it to the Indian market and we also rode the rather intimidating Moto Morini Granpasso 1200.

For 2022, the approach is much more different with the more approachable and affordable Moto Morini X-Cape 650. While the ADV offering has been designed and developed in Italy, it’s manufactured in China by Moto Morini’s new owners, the Zhongneng Vehicle Group. The ADV bike is available in two variants: standard and the 650X. We took it for a quick spin on a rather wet Monday morning and here’s what we have to say.

I love the way the X-Cape 650X looks and how it manages to be distinctive amongst the hordes of ADV bikes on sale today. The styling is reminiscent of the Cagiva Dakar bikes of the past, especially in the red and white shade. Apart from being a great looker, what the Moto Morini X-Cape 650 also offers you is presence as in terms of size it has a rather huge fascia with sleek split LED headlights. Among the two variants my pick is the 650X as the spoke wheels and the long-travel suspension adds more charisma to its visual appeal. Fit and finish levels of the bike are also very impressive, with tight panel gaps, and the switchgear quality looks solid. The Moto Morini X-Cape 650s will be assembled in India. Whether the bikes we tested were locally assembled or not isn’t clear, but we hope the units going on sale have the same quality levels.

The tall 835mm seat height of the X-Cape 650X and the high kerb weight (213kg dry) made it rather intimidating as I started off. However, it didn’t take too many nervous moments before I started feeling comfortable with the bike. One of the key reasons for this is the standing ergonomics and the grip offered by the Pirelli rubber. Despite its heft, the chassis balance is on point and you don’t feel the weight while having some fun in the dirt. In off-road mode, the Moto Morini X-Cape was loads of fun but if you overcook it, be prepared to jump as you don’t want 0.2 tonnes crushing your leg.

Moto Morini have been rather generous in loading up the X-Cape 650 with goodies. First up is the rather massive 7-inch TFT display with a pleasant layout. You can toggle through the UI pretty easily courtesy the bunch of switches. Another impressive bit of kit is the fully adjustable suspension which allows the rider to fine tune the bike based on their weight and need. Navigation is missing but you do get two USB chargers next to the handlebar so you can mount a GPS unit or a mobile phone and use it for navigation without worrying about charging. The 650X variants also feature tubeless-tyre-compliant spoke wheels. While you do get an adjustable windscreen, it’s a manual unit and not as intuitive to use as the one on the new Kawasaki Versys 650. Dual-channel ABS comes as standard but there's a dedicated off-road mode that disengages the rear ABS.

The Not So Good Bits

Powering the X-Cape 650 is a liquid-cooled 649cc parallel-twin motor churning out 60PS and 54Nm. These numbers are much lower than the Versys 650 and coupled with its heft, the X-Cape isn’t one sprighty motorcycle. Acceleration isn’t bad, but it doesn’t have the punch of the Kawasaki and feels rather dull. However, the low-end torque meant the motor was chugging at low speeds, which was beneficial during trail riding. What you wouldn’t appreciate is the rather heavy clutch, not to mention it is unforgivable and it’s beyond logic to miss out on a slipper clutch on a modern mid-displacement ADV motorcycle.

By the end of our riding session I could hear some rattles from the engine – whether it was a one-off incident or not, it did leave a bad impression. In terms of refinement as well, the X-Cape felt a bit buzzy at low speeds; the vibrations aren’t harsh, but it can get a bit irksome.

As I mentioned in the beginning this was more of a first ride experience than a full-fledged review given the limited riding time. As a motorcycle, the Moto Morini X-Cape 650X is impressive. I adore the way it looks, the bike has presence and it’s genuinely fun off-road. A lengthy list of features and adjustable suspension further strengthens its appeal. But the lack of oomph from the motor and its poor NVH levels are bothersome.

What will be a bigger challenge for Moto Morini is brand awareness and trust. Its rivals, the Kawasaki Versys 650 and Suzuki V-Strom 650 XT, are well established and proven products unlike this Italian-Chinese offering. Another aspect critical for its sales success will be pricing: In our opinion the Moto Morini X-Cape 650X will have to be offered with a sticker price of under Rs 8 lakh (ex-showroom) for it to click with enthusiasts. 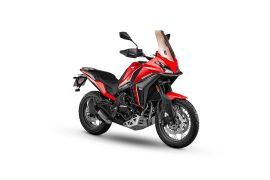 All Comparisons of X-Cape