Capable? Utterly. Desirable? Ermm. Cough. Splutter. But, Maruti’s new Dzire is looking to fix that. Can it fill such a tall order? 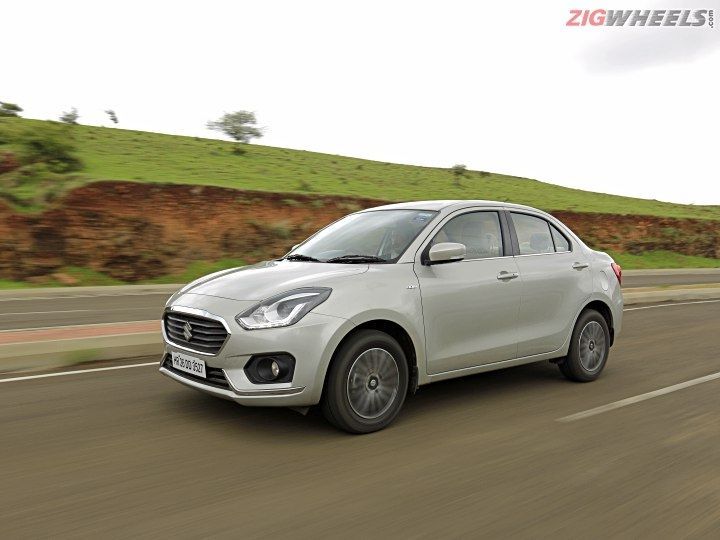 Let's get one thing out of the way right at the start. The Dzire was, is and will be, a tough cookie to crack. A sensible compact sedan paired with the peace of mind of Maruti is a sweet little pill for the value minded Indian audiences. But, could it be that India's best selling sedan has hacked its way out of the sub-four metre box? Has it moved past its functional appeal and transformed into something more aspirational to go along with the higher price tag? A week with Maruti’s new diesel Dzire brings us the answers.

It looks good, or does it?

I've been scratching my head for the longest time over this single question. It isn't love at first sight, no chance. But, there's no denying the Dzire has matured in its appeal. That's partly because the design team didn't take a boot and slapped it onto the Swift's silhouette in a half-assed Photoshop job just in time for the deadline. No sir. This was designed from the ground up, and it shows.

Yes, it shares its snout with the hatchback, but that's where the similarities end. There's no blacked-out A-pillar like the yesteryears. The A-pillar is raked more aggressively and the roof flows gently over the cabin, melding seamlessly into the boot. I dare say I like how the Dzire looks side-on. The "precision-cut" 15-inch alloys (the V trim gets the same design, minus the two-tone scheme) look classy too.

If you've been wondering what's suddenly making the Dzire click, it's the added width and the drop in height. At 40mm a piece, it has given the baby sedan a likeable hunkered-down stance. If it looks like it is sitting more confidently, it’s also down to the 20mm stretch in the wheelbase.  The in-sync LED elements in the headlamps and the tail lamps look neat. Just wish Maruti didn't have to give the Dzire that gaudy chrome lipstick around the grille, though.

Step in, step up!

Here's where Maruti has really managed to make a difference. Adding 40mm to the width of the compact sedan has made a world of a difference. It has transformed into a car that can actually seat five, no questions asked. Well so long as, the three in the back aren’t terribly broad shouldered. Some clever packaging means that it's got evidently more knee room compared to before. In fact, it has got the most room when you bring its rivals into the equation too. Yes, headroom is just about sufficient and would ruffle the hair do of six-footers, but most passengers shouldn't have a problem with it. Let’s not forget, Dzire has also added space to its boot, which is a substantial 62 litres bigger compared to the now retired iteration.

The Dzire wears a Maruti Suzuki badge, which is code for "it gets the basics spot on." The entry to the cabin is easy and so is finding the perfect driving position. On this ZDi+ variant, there's plenty of kit to be kicked about too. The flat-bottom steering looks the business, the buttons there feel like quality kit too, there's a detailed multi-information display that gives out vitals including distance to empty and trip meters, and there's automatic climate control as well. For the folks who prefer to be driven around, you've got a set of air-conditioning vents and an armrest to keep you comfortable. There's Suzuki's SLDA remote app too, just so you don't have to rely on the chauffeur to manage your music as it pours out of the six speakers. Audio quality is about average, and there's not much setting it substantially apart than say an Xcent or an Aspire. But, it definitely (or should I say audibly?) falls short of the Tata Tigor's 8-speaker setup.

The 7-inch “SmartPlay” infotainment that powers the speakers is something we've all become accustomed to now. It continues to be user-friendly, easy to operate on the go and features inbuilt SD-card based navigation, Android Auto and Apple CarPlay. While "Ok Google" works without a hitch, Suzuki's own voice-recognition system (activated by the button on the steering) continues to call your ex-girlfriend instead of your mum. It needs a little more coaching to deal with Indian accents.

Is it perfect then?

Ah, not quite. But it does come close. There are a few bits that could've done with refinement. For instance, while there's plenty of travel for the driver's seat, telescopic adjust for the steering would've really sealed the deal. The seatbelts aren't adjustable for height and the internal rear view mirror could've been of the auto-dimming variety too.

And, while quality has gone north by leaps, it is still a notch lower than the Hyundai Xcent and the Volkswagen Ameo. Our 2000 km driven (read: abused) media car had some rattles from the centre-stack and behind the glove box. And before I sign this section off, would it kill you to illuminate the power window switches, Maruti? C'mon!

The engine’s getting old now, isn’t it?

Yes, the 1.3 DDIS has been around for ages but Maruti is managing to airbrush its age wrinkles surprisingly well. Let's start with the upsides first, and then move to what's dampened the dynamics. Upside number one - the turbo lag can't be eliminated, but it is controlled really well. The numbers show that it is far from sprightly, and you'd still have to downshift for a sudden overtake manoeuvre. But it does let you stroll along in third gear at speeds as low as 15kmph without protesting too much. Driving the Dzire calmly is surprisingly enjoyable as the lag doesn’t get bothersome inside the city.

The other plus is that noise levels are perceivably lower. You'll still feel some vibrations through the floor and the pedals when you're lugging the car (or pushing it really hard), but it remains calm otherwise. The light clutch and the slick gear action have been carried over as is from the older generation too, which proves Maruti's belief in the 'don't fix it if it ain't broke' adage.

The brand hasn't veered away from making thoroughly fuel-efficient cars either. On test, the Dzire returned a whopping 28.09kmpl on the highway and 19.05kmpl inside the city. The 65kg weight reduction should take the lion's share of the credit for that.

If you plan on being silly with your Dzire for whatever reason, do not expect it to set records. It takes a leisurely 13.03 seconds to hit the ton, and in-gear acceleration speeds aren't blistering quick either. The motor has enough juice to keep it in the fast lane on the highway and there's enough torque to let you overtake by just going heavier on the A-pedal too. Unlike the Xcent or the Tigor that tend to run out of steam, the Dzire pulls cleanly even when you jab the throttle at triple digit speeds.

But, here's where we get to the letdown - the steering.  On a casual cruise, there's very little chance you'd be bothered by the steering. It's light, fast and direct.  But, drive it a little enthusiastically and that sense of disconnect comes to the fore rather quickly. The older steering rack did a lot more in terms of feel and feedback both on the straights and winding roads. This one simply doesn't and feels vague when tracking straight.

Stomp on the B-pedal and the Dzire sheds speed really quickly. Unlike the Ignis that squirmed a bit under heavy braking, the sedan seemed better at holding its line.

The suspension setup is also more forgiving than it once used to be. It isn't overly soft or stiff and manages to keep the cabin isolated from the hullabaloo of broken roads. The calm and quiet of the cabin is enhanced by the silence with which the suspension works. It'd excuse you if you dunked it into an occasional pothole. In return, you'll have to excuse its high-speed manners. The ride isn't choppy per se, but a flatter, more composed ride at triple digit speeds would've made the Dzire a whole lot more competent as the family’s preferred mile muncher.

Minor oversights like plastic rattles aside, yes. The Dzire has upped the game enough to be a car you give a second look to. A car you look forward to get inside of. Not because it's super fun to drive or because it packs in every imaginable feature under the sun. It delivers on what matters to us Indian buyers the most - an agreeable balance. The basic blend of features, space and fuel efficiency have been nailed down to the T and on top of that there is a genuine sense of space and sophistication that expands our expectation from the Maruti Suzuki badge. Frankly, that's a job well done.