2020 Hyundai Creta Inbound; Likely To Be Launched In March Next Year 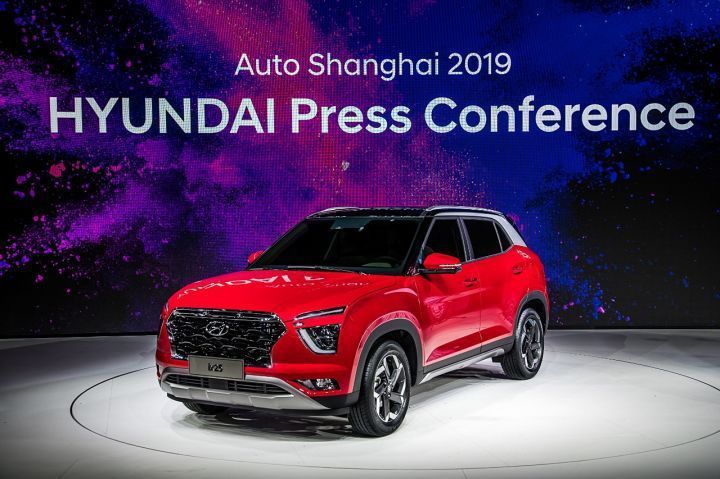 The Hyundai Creta, despite being a premium offering, is one of the best selling cars in India. With sales breaking the four digit mark every month, we can safely say that the Creta has been a hit among Indian customers. The compact SUV segment is a quite a busy one with major players competing for market share. The Creta has a huge customer base now, but with new entrants like the MG Hector and the Kia Seltos coming in fast, the Creta’s numero uno status may be under threat. So, to continue its dominance in the segment, Hyundai plans to introduce the second generation Creta in India next year. We expect it to be showcased at the 2020 Auto Expo, with a possible launch by March 2020.

In the meantime, Kia is set to make its debut in India with the Seltos. The Seltos and the next-gen Creta are expected to have a lot in common. Both SUVs will share the same chassis as well as powertrains. Going by this, we know what can be expected from the new Creta. Expect the Hyundai to come equipped with the Seltos’ 1.5-litre petrol and diesel engines. These engines will be offered with a choice of manual and automatic transmissions, and will comply with the upcoming BS6 emission norms as well.

While we have a fair idea about the Creta’s underpinnings and powertrain options, we still have to wait for some more time to find out how it looks. However, we have already seen the Chinese version of the Creta, the ix25, at the 2019 Auto Shanghai. The new ix25 looks bigger and wider than the Creta. However, Hyundai seems to have given it a design that appeals to Chinese customers rather than a globally likeable one like the current Creta. Whether the same design will make its way to India remains to be seen.

Expect the Creta to come with similar features as the India-spec Seltos. Hyundai’s Blue Link connected car tech will be offered along with a large 10.25-inch touchscreen. Other key features which could make it to the new Creta include dual-zone climate control, cruise control, powered front seats, sunroof, and more.

The second-generation Creta is expected to carry a premium over the current version, which is priced from Rs. 9.60 to Rs 15.65 lakh (ex-showroom Delhi). A 7-seater version might also slip into the Indian market considering Hyundai’s rivals such as Tata and MG Motor are busy developing larger versions of the Harrier and Hector. The next-gen Creta will take on the likes of the Kia Seltos, the Tata Harrier as well as the Renault Captur and Duster and Nissan Kicks when launched in India.