Third-Gen Hyundai i20 Puts Up Impressive Sales Figures; Gets Around 30,000 Bookings In Just 40 Days

Hyundai launched the i20 on November 5 and has completed 10,000 deliveries already 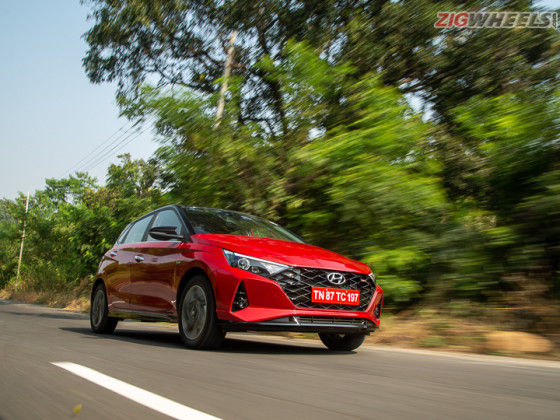 Hyundai launched the third-generation i20 on November 5. The premium hatchback may have dropped the ‘Elite’ from its name but it gets an upgrade in terms of features and powertrain options. This is probably why the new i20 garnered all the excitement around it, evident from around 30,000 bookings it has received in just 40 days since its launch.

Considering all the hype in anticipation of the launch of the i20, the figures will probably tell the whole story. The 30K bookings consist of over 10,000 completed deliveries. This can be attributed to the impressive list of features and powertrain options which still maintains the “Grand” aspect of the i20 despite the tag being dropped.

Under the hood, the i20 gets the same powertrain options as the Venue: a 1.2-litre petrol engine, 1.0-litre turbo-petrol engine, and a 1.5-litre diesel engine. The 1.2-litre petrol engine puts out 83PS when mated to a 5-speed MT and 88PS with a CVT, and 115Nm in both states of tune. The 1.5-litre diesel engine produces 100PS of grunt and 240Nm and is mated to a 6-speed manual gearbox only. The 120PS/172Nm 1.0-litre turbo-petrol engine gets the option of a 7-speed DCT and 6-speed clutchless manual iMT gearbox.

Since its launch the third-generation i20 has resumed its rivalry with premium hatchbacks such as the Maruti Suzuki Baleno, Toyota Glanza, Tata Altroz, Honda Jazz, and Volkswagen Polo. The new-gen i20 retails from Rs 6.79 lakh to Rs 11.32 lakh (ex-showroom).