Volvo’s new XC40 seems to be packed with promise. A date with the new small luxury SUV from Sweden shows us how it plans to shake up the competition 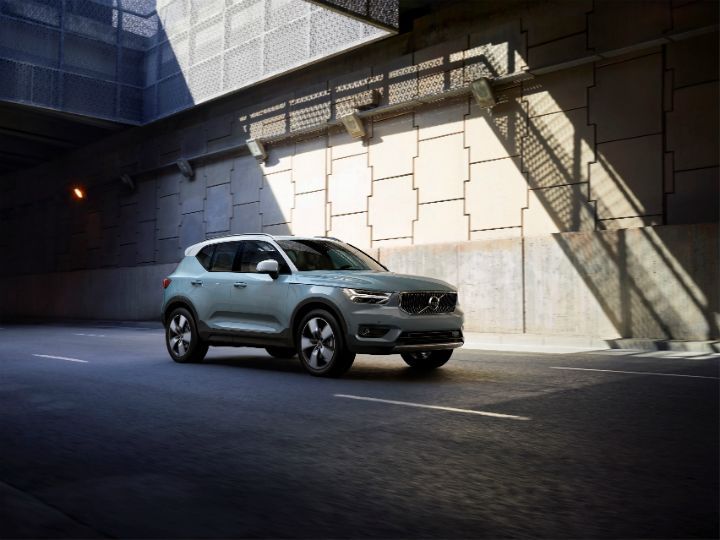 In less than four years, Volvo has revamped its image and lineup. It all started off with the bold new XC90 SUV, and every offering since has built up the appeal of this otherwise straitjacketed Swedish stalwart. This is highlighted amply by the great expectations that we have of the XC40. With rivals such as the Audi Q3, which is due for a completely new generation soon, BMW’s X1 and Mercedes’ GLA, the stage is packed with established options that suit all kinds of tastes. And for buyers in this segment, making an impression is always vital. So, what kind of an impression does this Volvo make? A day in Spain with the XC40 gives us an idea.

At the expense of reading too much into it, I loved the name “Bursting Blue” for the darker shade of blue that the Volvo XC40 comes in. It suggests an air of irreverence and lightheartedness that Volvo employees attached to this offering. It's a trait that seems to echo around the XC40. There’s a sense of youthfulness about the way it looks even at standstill. Elements such as the trapezoidal concave light catcher at the sides, the fin-like C-Pillar and the contrasting roof catch your attention right away.

There is also a sense of robustness that could easily be chalked down to the snub nose, the flat clamshell hood, the angular lines that run down the sides or the plastic cladding that protects the lower bits of the body. The real reason though is the XC40’s chunky proportions. It has a solid footprint, with a wheelbase that's longer than the competition. To cement that stance, the rear track is wider than the front, which is wider than the competition anyway! So it has a solid footprint. Also, essential for that square SUV-like look, the XC40 is taller than the others. Ground clearance of 211mm, surely unladen, rounds off that promise quite well.

Obviously, you won’t mistake the XC40 to be anything but a Volvo. The signature look is created by the slim and wide grille with the iron mark in the centre, flanked by two headlamps that bear a new interpretation of the “Thor’s hammer” shaped LED DRLS. At the rear, the waterfall tail lamps are more elaborate now and flow handsomely into the tailgate too.

Volvo has certainly taken care to make this chic and functional on the inside too. You can have cheekily contrasting colours, like Lava and Charcoal (orange and grey, for the unimaginative) for the interiors to make it feel more like a lounge in a hip part of the town rather than a car’s cabin. Nappa leather and nubuck seats are a luxe option, but leather is standard. Volvo also redesigned the interior storage spaces to make sure the XC40 was well suited for the lifestyle of the modern day car buyers (read millennials). So, speakers were removed from the doors to make a large pocket in which you can store your laptop. There’s a special spot for your phone with a wireless charger built into it. A waste bin, with a spring-loaded flap, is very cleverly integrated right in front of the driver’s armrest and there are stowage slots on the sides of the rear bench too.

As expected, Volvo’s Sensus touchscreen system is available on the XC40. The system is angled slightly towards the driver and it is crisp, responsive and easy to use. However, we maintain that some additional physical buttons for tasks that are repeated commonly are a must - such as air con controls or a knob to change volume. In some areas, you get the feeling that Volvo wanted to keep costs in check, and hence, the XC40 is equipped with a 13-speaker Harman Kardon music system. While this system is impressive, it doesn’t blow you away with the rich and immersive sound that we have gotten from the Bowers and Wilkins systems seen on bigger Volvos. While the cabin feels well built, in some places the plastics aren’t as glossy or rich as expected. However, the overall experience is satisfyingly plush.

Space on the inside is surprisingly good. Going by its compact exterior dimensions, you would expect the cabin to be a bit cozy. However, it is possible to seat two adults one behind the other with reasonable comfort. The benefit of the long wheelbase is visible here. Headroom is also ample in the rear bench. The kink in the window line obstructs the view out to the sides, but with this panoramic sunroof, the cabin feels plenty airy. There is enough shoulder room to seat three abreast too. However, as the seat base is carved out a few inches from the door-pad, support will be a bit lacking. Also, the seat back angle is a bit upright.

Which brings us to the boot. At 460 litres, the XC40 isn't the most generous in the class and this includes the clever storage space integrated under the boot floor. However, for India, this space is likely to be used to accommodate a space saver.

When it comes to India, the Volvo XC40 will be available with the D4 diesel and the T5 petrol four-cylinder motors from Volvo’s Drive-E powertrain lineup. Both the engines are mated to an 8-speed torque converter automatic and will have all-wheel-drive as standard.

We focussed on the T5 petrol which makes 250PS of power and 350Nm of torque that is sent to all four wheels via the 5th-gen Borg Warner all-wheel-drive system. Primarily this system sends power to the front wheels, but when required, it can send as much as fifty per cent of the torque to the rear wheels. While it might suggest a bit of sportiness, the XC40 prefers to be driven on the calmer side of quick. And driven like that, the engine feels responsive and relaxed. As all the torque is available from 1800rpm to 4800rpm, the responsiveness is no surprise. It’s only when you get greedy and impatient that the engine and gearbox feel just a bit more laid back than you’d like. Drive modes such as Eco, Comfort and Dynamic throttle changes to suit the mood.

The engine is also audible in the cabin, and while the sound isn’t bothersome, it isn’t pleasing either. Although, at a more moderate pace, the sound of the turbo spooling up being audible in the cabin felt like a likeable trait of this Volvo, which the company calls a playful cousin. The only area where the drivetrain felt annoying was the suddenness with which the engine would turn on after the Start-Stop cut in. Thankfully, that can be easily switched off.

The engine that will make its way to India first will be the familiar D4 diesel that has done duty in the S90. This smooth 190PS diesel is a great daily driver and will be the first to come to India, while the petrol will follow in later.

The XC40 we tested rode on 20-inch wheels, which is a scary thought for Indian conditions as potholes could damage rims easily. On the smooth highways around Barcelona, we only had a few rumble strips to test out the suspension. The R-Design we drove also featured the Sports Chassis, which is essentially a stiffer suspension setup with changed springs and anti-roll bars.

Over the occasional rumble strip or bump, the XC40 didn’t feel firm at all. At higher speed bends, it even rolled a bit. So, the suspension seems focussed on keeping body control in check rather than making it outright sporty. The fast-acting Borg Warner fifth generation all-wheel-drive system gave a sense of confidence here too, sending the drive to the rear wheels when accelerating hard or through corners. The ultra-light steering, although good for manoeuvring at city speeds, is too light and keeps enthusiasm at bay. In Dynamic mode, the speed sensitive steering weighs up but doesn't beef up on feel.

Unlike bigger Volvos, the XC40 doesn’t get air-suspension, which can change the nature of the car. And hence, the nature of the XC40 seems oriented towards comfort rather than dynamism, which, for a car that Volvo admits is city focussed, is no deal breaker.

On the safety front, the XC40 showcased was loaded with features such as City safety, Run-off-Road protection and mitigation, Cross Traffic Alert with brake support and a park assist system with a 360-degree camera. It will be interesting to see what all features make their way to India over standard features like airbags, ABS and EBD. We tried out Pilot Assist, the radar-based cruise control system, on the highway and its ability to vary speed and steer through bends was unnerving. It isn’t a completely hands-off system, requiring the driver to take the wheel when prompted.

Our time behind the wheel of the XC40 was limited, so it will be hard to pin down how it performs on Indian roads. However, it is clear that while this Volvo isn’t exuberant in the way it drives, it will be an easygoing companion. Where the XC40 hits the bullseye is its ability to blend SUV traits with luxury, practicality, and youthfulness. The XC, when it comes to India in July 2018, will arrive with the D4 diesel engine in the fully-loaded R-Design trim, and will be temptingly priced, expect it to be in the ballpark of Rs 38 - 40 Lakhs. So, Indian luxury car buyers looking for a small SUV will have a fresh, but seasoned, Volvo to look forward to.