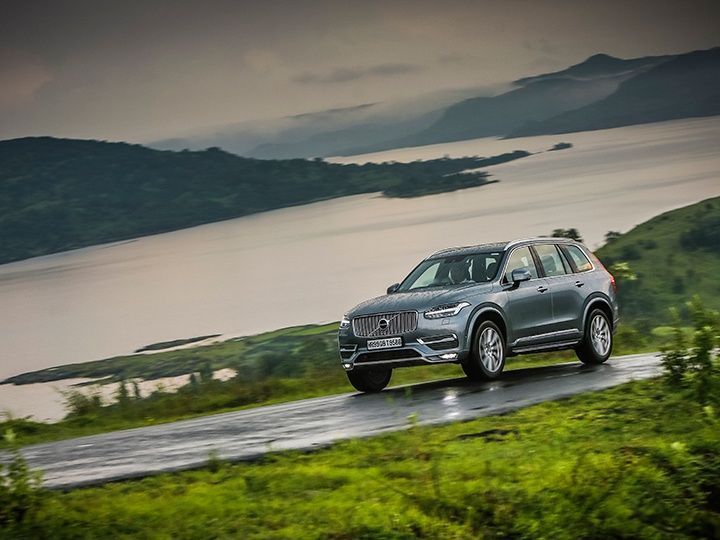 We have got confirmation that Volvo has silently updated its flagship SUV and sedan, the XC90 and S90. The XC90 has been given a mechanical update whereas the S90 gets added safety features. The mechanical update comes in the form of Volvo's Power Pulse technology which adds 7PS of power to the SUV, and an added front radar system to the S90 which makes it even safer than before. Let's get a deeper look into these updates.

The D5 variant of the XC90 is powered by a 2.0-litre turbocharged diesel engine which now gets the Power Pulse technology, which helps reduce turbo lag at lower RPMs. For the tech heads who are now wondering how it works, here's the answer. Accompanying the engine is a compressor which fills a cylinder with compressed air. This cylinder, at lower rpms, releases the high pressure air into the exhaust manifold to spool up the turbo. This improves the power delivery without hampering the efficiency of the engine. With this technology, the XC90 now packs 235PS of power and 480Nm of torque. This is a boost of 7PS/10Nm. Mated to this engine is an 8-speed Geartronic transmission powering all the four wheels.

Until some time back, the government of India did not allow the use of radar tech in road-legal cars. But now, the ban has been lifted and hence Volvo has updated this feature in the S90. The flagship sedan now gets a radar in the front which can sense obstructions in front of the car, and thus adds features like adaptive cruise control, lane departure warning, collision warning and blind-spot detection to a car which was already deemed the safest in its space.

These updates have been made without any hike in the price of the cars. A reason behind this is the application of GST rates which will balance out the hike from the added technology. The XC90 is priced at Rs 71.97 lakh for the Momentum variant and Rs 81.23 lakh for the Inscription variant. The 4-seater XC90 Excellence plug-in hybrid is priced at Rs 1.27 crores which includes 2 fast charging units and their installation to a place of your liking. The S90 comes in just one trim which is priced at Rs 54.5 lakh. All prices are minus the taxes in Delhi. In terms of rivals, the S90 lock horns with the Audi A6, Mercedes-Benz E-Class, Jaguar XF and the recently launched 2017 BMW 5 Series. The XC90 takes on the Audi Q7, BMW X5, Jaguar F-Pace and Mercedes-Benz GLE.