The new bikes are mechanically similar to the current UM Renegade duo, but get different personalities 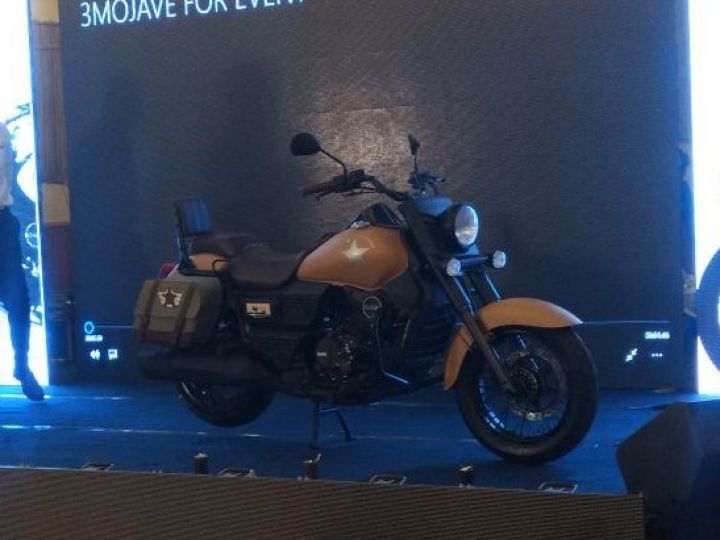 UM Motorcycles has launched two 'new' cruiser bikes in India. The Renegade Classic has been priced at Rs 1.89 lakh while the Renegade Commando Mojave is priced at Rs 1.8 lakh (both ex-showroom, Delhi.) With these two models, UM Motorcycles now has expanded its portfolio to four motorcycles including the Renegade Commando and Renegade Sports S. All these bikes are similar in terms of their body, frame and mechanicals, but have been given different personalities via different styling, paint schemes and accessories.

The Renegade Classic, as the name suggests, gets a classic cruiser-like appeal. It looks so with a lot of chrome elements, a conventional windscreen, spoke wheels, colour-coordinated saddlebags and round rear-view mirrors. Furthermore, it comes in two two-tone paint schemes - Candy Metallic Glossy Black and Copper White, both of which help add the classic flavour.

Named after the North American desert, the Renegade Commando Mojave gets a sand-like paint job and looks rugged. The new bike looks exactly like the Commando, save for the paint and some accessories like a tank-mounted zippered pouch, USB charger, saddlebags and larger leg guards.

Both these bikes share the same 279.5cc, liquid-cooled, fuel-injected motor producing 25.15PS of power and 23Nm of torque. Mated to this block is a 6-speed gearbox. This engine is also shared with the other two bikes in UM’s lineup. The mechanical components on both the bikes are shared with the Commando, with a 110/90 R16 front and 140/90 R15 rear spoke wheels, 280mm front disc brake and a 130mm drum at the rear. Both the cruiser bikes feature an 18-litre tank, which will be helpful while touring, and 200m ground clearance.

The UM Renegade Classic rivals the Royal Enfield Thunderbird 500 whereas the Renegade Commando Mojave is a closer match to the Classic Desert Storm. We have ridden both the bikes and there will a first ride review very soon. Stay tuned!