The facelift is not restricted to just cosmetic updates; Toyota has also upped the safety features of the Etios siblings by making ABS standard across the variants 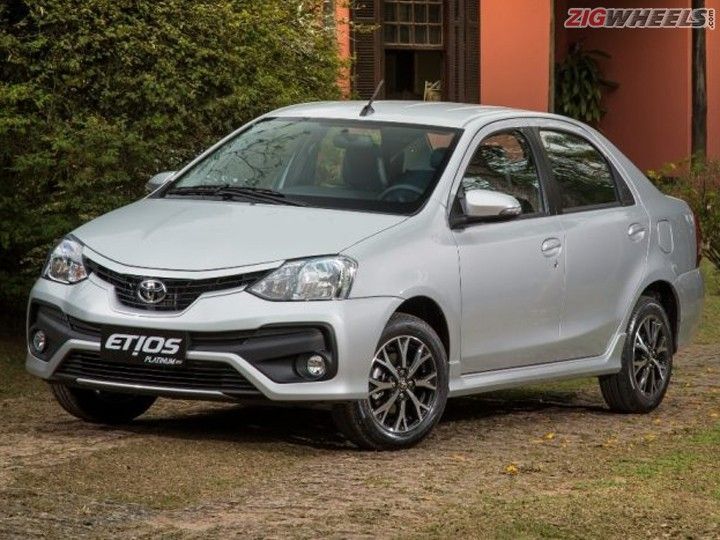 Toyota Kirloskar Motor, subsidiary of the Japanese auto giant, has launched the facelifted versions of the Etios Liva and Etios at Rs 5.24 lakh and Rs 6.43 lakh (both ex-showroom, Mumbai) respectively. Christened as the Etios Platinum and Liva Platinum, both the cars have been launched with cosmetic and well as some mechanical updates.

Talking about the exteriors, the 2016 versions of the Etios siblings get an updated front fascia. The front is now sportier thanks to the large air dams on either side. The grille is V-shaped with chrome accents while the fog lamps have been incorporated in the housing of the air dams. Moving to the profile, everything is pretty much the same, while at the rear Toyota has slightly tweaked the tail lamps, re-sculpted the bumper and added chrome accents to complete the fresh look. Other updates include the new alloy wheel design and addition of electrically folding OVRMS.

Inside, Toyota has updated the Etios series with an updated instrument console and improved seat design with new covers. A rear centre armrest has also been added as a part of the facelift. The most noticeable update made by Toyota are the safety features of the models. ABS is now standard across all the variants of both the models. The company has also equipped the rear seats with ISOFIX mounting points for improved child safety and reinforced the cars against side impacts.

In its segment, the facelifted version the Etios sedan competes against the likes of the Nissan Sunny and Renault Scala while the Liva, on the other hand, faces competition from the Hyundai Grand i10, Maruti Suzuki Swift and Nissan Micra.