How does MG’s flagship SUV fare against its established competitors? 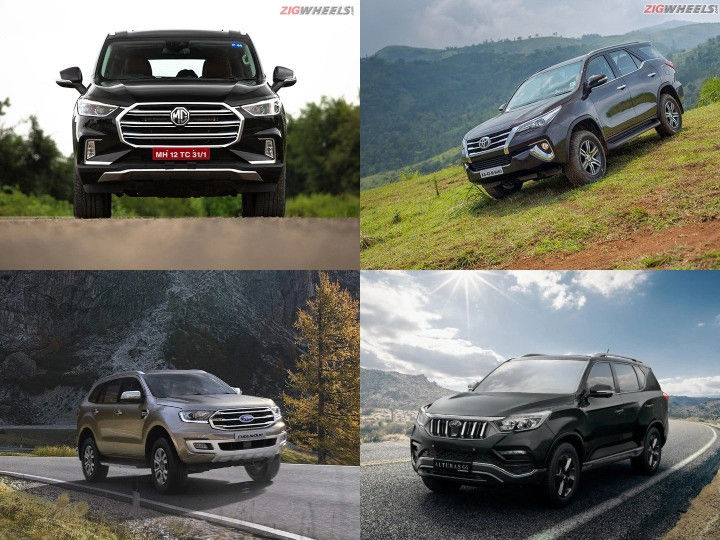 MG Motor India has joined the full-size SUV segment with the Gloster priced from Rs 28.98 lakh (ex-showroom). It's offered with two engine options and two seating layouts across four variants. The SUV also boasts of several segment-first features, but is it enough to take on the Ford Endeavour, Toyota Fortuner and Mahindra Alturas G4? Let's find out.

The MG Gloster has the edge in terms of length, height and wheelbase compared to its rivals. Only the Mahindra Alturas G4 edges out in width. The Toyota Fortuner is the smallest here in all areas.

All four full-size SUVs are loaded with common features such as a touchscreen infotainment system, climate control, powered driver’s seat, powered tailgate and cruise control. But the Gloster once again streaks ahead with a bigger touchscreen, more speakers, more adjustability for the powered driver’s seat, tri-zone climate control, and more ambient lighting options. Only the MG Gloster and Ford Endeavour get connected car tech. The Toyota Fortuner shows its age with the lack of a sunroof, ambient lighting as well as Android Auto and Apple Carplay connectivity. But it is the only other SUV aside from the Gloster to get wireless charging if you opt for the Fortuner TRD with optional accessories.

*Toyota Fortuner Petrol not included as all other rivals are diesel-only offerings.

Under the hood, the single turbo 2.0-litre engine of the Gloster is the least powerful of the lot. In contrast, its twin-turbo engine is the most powerful among its rivals. The Ford Endeavour has the more sophisticated automatic transmission, whereas the Fortuner is the only SUV in the lineup to offer a manual transmission option. In terms of off-road prowess, the Gloster and the Endeavour get full-time 4WD compared to the part-time 4WD in the Fortuner and Alturas G4. The Gloster also gets three more driving modes than the Endeavour to play with.

MG Motor India has introduced its flagship SUV at a competitive price. Moreover, it offers a premium kit including advanced driving assistance systems. This should help the Gloster spook the stalwarts of the big SUV segment -- Toyota’s Fortuner and Ford’s Endeavour. 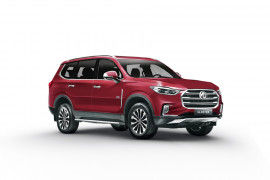 All Comparisons of Gloster