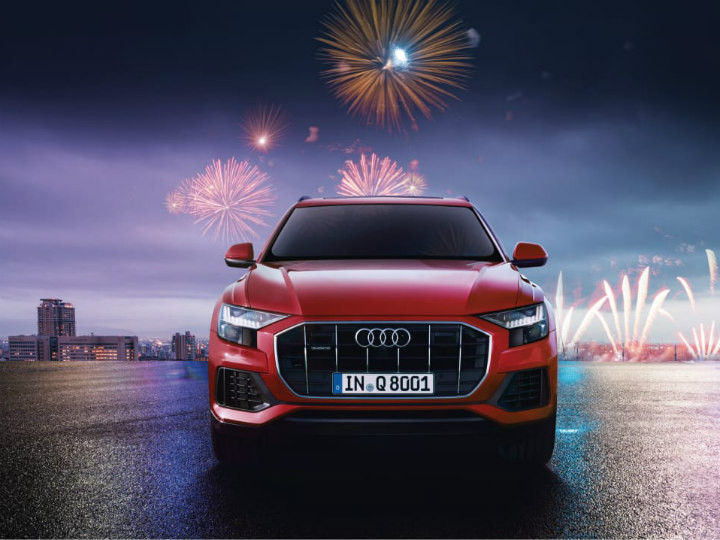 After introducing the spicier Audi RS Q8, the carmaker has added another option for the Q8 SUV to kick off the festive season. This time, it's the launch of a new entry-level Celebration variant at Rs 98.89 lakh (ex-showroom). Despite being Rs 35 lakh cheaper than the standard  55TFSI quattro variant, it is adequately equipped.

For starters, it continues to feature HD Matrix LED headlamps with dynamic lighting as well as connected LED tail lamps and dual exhaust tips. However, it comes equipped with smaller 19-inch wheels, unlike the bigger 21-inch units on the standard model.

That said, the Celebration variant does miss out on bits such as adaptive air suspension, all-wheel steering, gloss black operating buttons with haptic feedback, and comfort key with sensor-controlled luggage compartment release, and the Bang and Olufsen sound system.

It retains the 3.0-litre TFSI engine with a 48v mild-hybrid system from the 55TFSI quattro variant. It develops 340PS of power and 500Nm of torque with power sent to all four wheels via an 8-speed automatic gearbox. It does the 0-100kmph sprint in 5.9 seconds and maxes out at 250kmph.

The addition of the new Celebration variant should make the Q8 more of an appealing option against its similarly priced rivals, the Mercedes-Benz GLS and BMW X7. 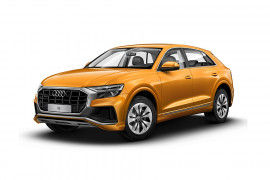 All Comparisons of Q8